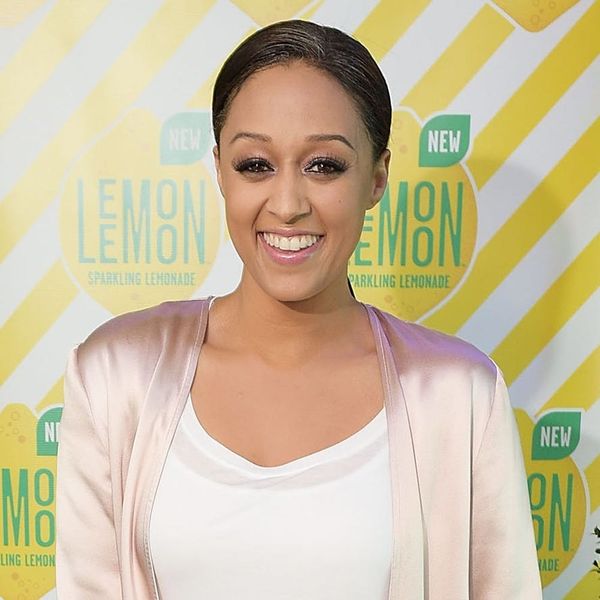 Tia Mowry is one of the many celebs expecting a baby in 2018, and she just revealed whether she and husband Cory Hardrict will be welcoming a little boy or a little girl.

In a segment for her digital series Quick Fix, where she dishes tips and tricks for lots of life’s everyday tasks, Mowry presented decor and food ideas for parents-to-be who might be planning a party to reveal the sex of their baby. She also used the opportunity to let viewers know that she’s expecting a baby girl!

“Now for the moment we’ve all been waiting for, my gender reveal!” she said at the end of the video, before taking a bite out of a cake pop to reveal its bright pink insides.

“We’re having a girl!” the Sister, Sister star said excitedly. “[My son] Kree is going to have a baby sister. We are so excited!”

Mowry and Hardrict first announced they were expecting back in November, in an adorable Instagram photo of Hardrict and the couple’s six-year-old son, Kree, kissing Mowry’s bump.

The actress, who starred in the ’90s sitcom Sister, Sister with her IRL twin sister Tamera, said that her mom isn’t convinced she’s having just one baby, though. “I feel like I’m kind of big for how many months I am,” she explained, laughing. “Like, my belly is just like — bam! When I’m around my mom, she’s always like, ‘Tia, are you sure you’re just having one?’ I’m like, ‘Mom, do not put that on me. I don’t want to have any twins.'”

Do you have any fun ideas for revealing the sex of your baby? Let us know @BritandCo!