Pantone’s Latest Eye-Catching Hue Is an Ode to Prince 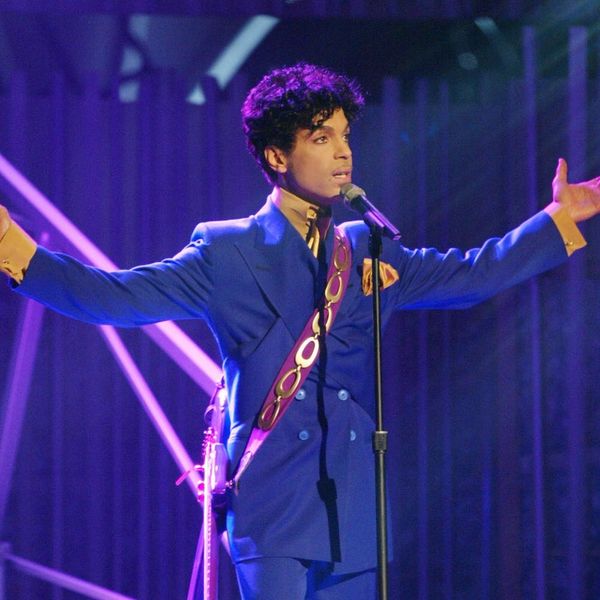 Color authority Pantone, known for calling the hue of the year (this year’s is earthy greenery, ICYMI), has just added a brand new shade to its color wheel with one *very* recognizable source of inspiration — late musician Prince.

Earlier this week, the company announced its new pigment, a natural purple dubbed Love Symbol #2, with a press release found on its website. “The color pays tribute to Prince’s indelible mark on music, art, fashion, and culture,” it reads.

The hue has long been associated with the musician (AKA The Purple One), thanks to his 1984 film and single of the same name, Purple Rain. As the entertainment advisor to his estate, Troy Carter said, “The color was synonymous with who Prince was and always will be. This is an incredible way for his legacy to live on forever.”

The Pantone Color Institute has enshrined a new shade of purple in honour of Prince: https://t.co/BJ6pjr7oEV pic.twitter.com/7g03yq1ptp

The artist’s custom tint was actually based on one of his own instruments — a custom Yamaha piano that was set to be part of an upcoming tour the 57-year-old never got to play.

And that’s not all: His estate is currently in talks with the company for a line of products featuring the color, so if all goes according to plan, there will be a whole slew of purple memorabilia to peruse featuring the Prince-ly shade.

Long live the prince and his new purple hue!

What do you think of this new shade of Prince purple? Tell us over @BritandCo.

Nicole Briese
Nicole is the weekend editor for Brit + Co who loves bringing you all the latest buzz. When she's not busy typing away into the wee hours, you can usually find her canoodling with her fur babies, rooting around in a bookstore, or rocking out at a concert of some sort (Guns N' Roses forever!). Check out all her latest musings and past work at nicolebjean.com.
Colorful
Pop Culture
Colorful Music pantone
More From Pop Culture