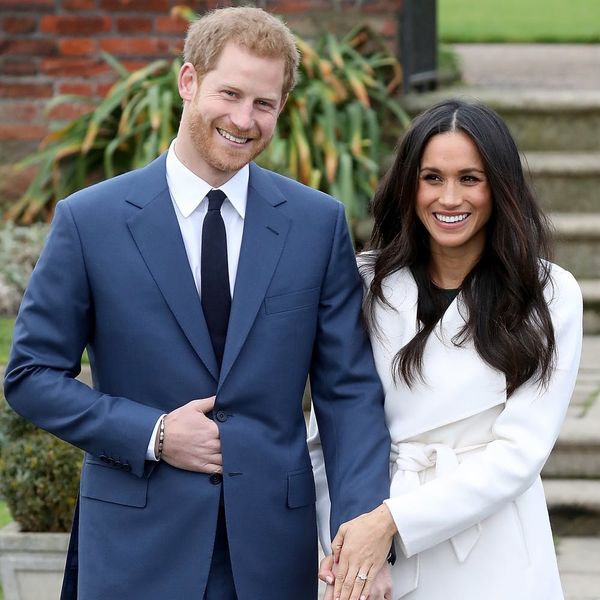 When Prince Harry and Meghan Markle first revealed the details of their wedding, they stated that they wanted to “allow the public to feel part of the celebrations.” The couple has already confirmed that they’ll take a horse-drawn carriage ride through the streets of Windsor, and as their May 19 wedding date gets closer, they’ve revealed another pretty special way in which they intend to include even more people.

Kensington Palace announced that Harry and Markle have invited 2,640 members of the public to watch the bride and groom’s arrivals at the Windsor Castle grounds on the big day. The couple requested that 1,200 people of all backgrounds and ages from all corners of the UK, including young people who have shown strong leadership in and have served their communities, be invited to attend.

Additionally, the couple will invite 200 people from a range of the charities and organizations that Harry and Markle work with, 100 students from two local schools, 610 Windsor Castle community members (including residents of Windsor Castle and members of the St. George’s Chapel community), and 530 members of the Royal Households and Crown Estate.

“This wedding, like all weddings, will be a moment of fun and joy that will reflect the characters and values of the bride and groom,” Kensington Palace said in an official statement.

The invitees will also be the first to see the newlyweds depart for their horse-drawn carriage procession through the streets of Windsor after the ceremony. The carriage will leave Windsor Castle via Castle Hill and proceed along the High Street through Windsor Town before returning to Windsor Castle along the Long Walk.

Harry and Markle’s wedding will take place on Saturday, May 19, beginning at 12pm UK time (7am ET).

Do you like Harry and Meghan’s gesture of inviting the public to their wedding? Let us know @BritandCo!