Prince Harry and Meghan Markle ‘Found Each Other to Change the World,’ Nacho Figueras Says 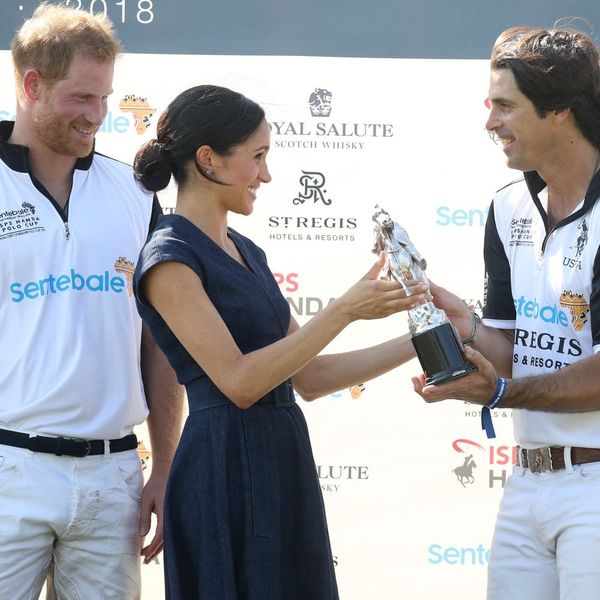 Prince Harry and Meghan Markle’s romance is one for the ages, according to their pal Nacho Figueras. The Argentine polo star, who appeared alongside the couple at the 2018 Sentebale ISPS Handa Polo Cup on Thursday, July 26, raved about the couple on Instagram and Twitter after the match, saying their love story serves a greater purpose.

“This girl really rocks. The more I know you, the more I am convinced that you both found each other to change the world,” he captioned a photo of himself presenting a trophy to the Duchess of Sussex. “Let’s push the envelope!! Let’s make the world a better place.”

Figueras, who is also a Ralph Lauren model, was on Harry’s team — the winning team — at Thursday’s match for Sentebale, an organization founded by the Duke of Sussex and Prince Seeiso of Lesotho. Sentebale aims to “become the leading organization in the provision of psychosocial support for children living with HIV in Southern Africa,” according to its website.

Thursday’s match raised more than £1 million for the charity. “@sentebale currently reaches nearly 4,000 young people a year with our unique programme of psychosocial support, so they can live long, happy, healthy lives,” Figueras captioned another photo. On a throwback pic of himself with Harry, he added that it was “an honor to be the captain of the @stregishotels Polo Team playing with this great man for a great cause.”

Figueras made headlines earlier this week when a photo of him with the royal couple went viral and sparked a series of memes. The image showed Prince Harry and Duchess Meghan celebrating his team’s victory with a kiss, as Figueras stood next to them awkwardly, trying to hand them the trophy.

Fortunately, the athlete had a good sense of humor about the situation and even joked about being the newlyweds’ third wheel in one of his posts. “When you wished the trophy would turn into a violin,” he quipped. “What an incredible love story.”