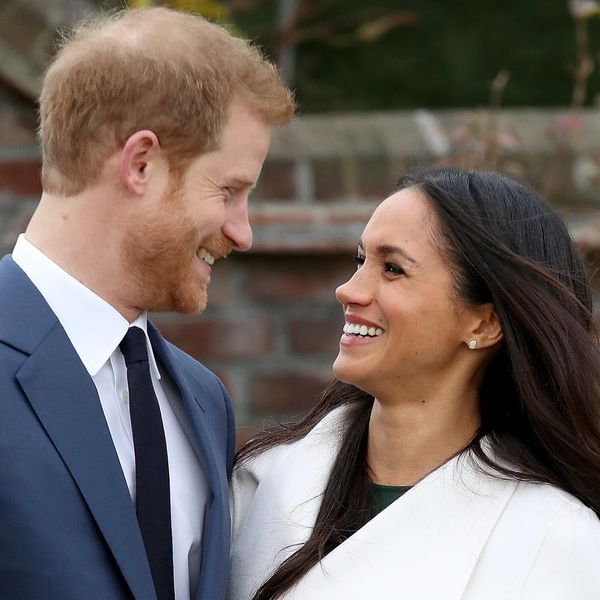 Prince Harry and Meghan Markle’s Saturday, May 19, wedding is fast approaching, and the couple just shared yet another detail about the big day. The newlyweds-to-be have picked the florist who will design their church flowers — and the selections will be as eco-friendly as possible.

“The floral displays in St. George’s Chapel will be created using locally sourced foliage, much of which will be taken from the gardens and parkland of The Crown Estate and Windsor Great Park,” the Palace said in a statement. It was also revealed that, where possible, Craddock will use flowers and plants that are in season and blooming naturally in May.

“These will include branches of beech, birch, and hornbeam, as well as white garden roses, peonies, and foxgloves. The designs will reflect the wild and natural landscapes from which many of the plants will be drawn.”

Another important aspect of the arrangements is that they will incorporate pollinator-friendly plants, which will be taken from the Royal Parks wildflower meadows. “These plants provide a great habitat for bees and help to nurture and sustain entire ecosystems by promoting a healthy and biodiverse environment,” the Palace said.

It was previously revealed that the couple’s wedding cake will also feature seasonal and organic ingredients — a pretty major change from the traditional tiered fruit cakes normally served at royal weddings, and another personal touch that’s indicative of both Harry and Markle’s social consciousness.

“I am excited and honored to have been chosen by Prince Harry and Ms. Meghan Markle to design and create their wedding flowers,” Craddock said in a statement. “Working with them has been an absolute pleasure. The process has been highly collaborative, free-flowing, creative, and fun. The final designs will represent them as a couple, which I always aim to achieve in my work, with local sourcing, seasonality, and sustainability being at the forefront.”

The couple will donate the arrangements to various charities following the wedding.

What do you think about Harry and Meghan’s wedding details so far? Let us know @BritandCo!