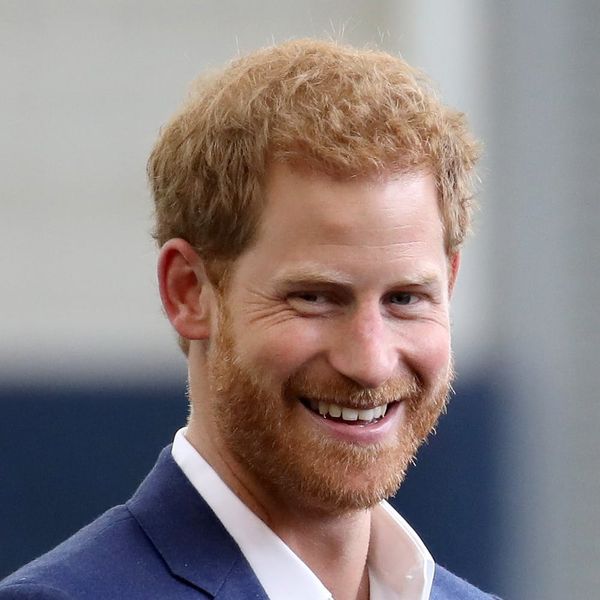 Kate Middleton’s third pregnancy news has all but taken over the world, with Twitter blowing up with reactions to the joyful announcement. There’s a certain someone who also has something to say about the impending new royal, who just so happens to be a *very* prominent member of the family, however: one Prince Harry himself.

The babe’s uncle stopped to chat with a reporter for The Daily Express to express his sentiments on the couple’s big reveal, and while his response was brief, it was also rather sweet.

Prince Harry on the prospect of becoming an uncle again. pic.twitter.com/A4YOY8jYRl

“How do you feel about the news you’re about to be an uncle again?” she inquired, to which he gave a big thumbs up before replying, “Fantastic. Great. Very happy for them!”

Considering that the 32-year-old seems to be the chilliest member of the bunch, we’ve no doubt that his new little niece or nephew is in for a treat having him for an relative.

While the famous redhead admits he hasn’t seen his sister-in-law in a while, he also assured the reporter that he was sure “She’s okay,” a fact Middleton herself seems to have confirmed in a now-viral video from her recent visit to Poland that many believe may have prematurely given away her big baby bombshell.

WATCH: “We will just have to have more babies.” Duchess Kate quipped after being given a toy for a newborn #RoyalVisitPoland pic.twitter.com/QKHEiVUvFK

In it, the mommy-to-be is seen reacting to a high-tech toy for newborns by saying, “We’ll just have to have more babies!” It looks like she’s keeping that promise, indeed!

We can’t WAIT to see the family altogether following the little one’s birth.

Is Prince Harry the coolest uncle ever? Vote yay or nay over @BritandCo.

Nicole Briese
Nicole is the weekend editor for Brit + Co who loves bringing you all the latest buzz. When she's not busy typing away into the wee hours, you can usually find her canoodling with her fur babies, rooting around in a bookstore, or rocking out at a concert of some sort (Guns N' Roses forever!). Check out all her latest musings and past work at nicolebjean.com.
Celebrity Baby
Celebrity News
Celebrity Baby Family Royal Baby Royal Family
More From Celebrity News