Princess Charlotte Looks After Prince George, According to Queen Elizabeth 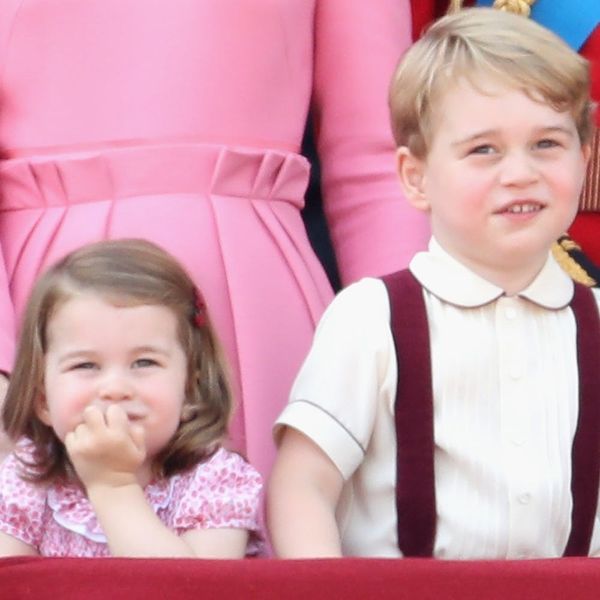 Princess Charlotte is officially set to be a big sister when Kate Middleton gives birth in April, but it sounds like she’s already wielding the power of an older sibling! At a recent public appearance, Queen Elizabeth revealed that the two-year-old “looks after” her big brother, Prince George, four.

During a ceremony at the queen’s Sandringham estate in Norfolk on Sunday, schoolgirl Emily Clay was presented with a signed bible for a religious education school project. Speaking with 10-year-old Emily, the queen asked if she “looked after” her six-year-old sister, Hadleigh. When her mother replied, “It’s the other way around,” the queen said it sounded familiar.

“It’s like that with Charlotte and George,” she replied, according to People.

Charlotte’s recent first-day-of-school pics were an adorable reminder of just how quickly the little royal is growing up. In the photos, which were taken by Duchess Kate Middleton before Charlotte headed into her first day of nursery school at the Willcocks Nursery School, the young princess hammed it up for the camera, looking happy and confident in a too-cute red coat and matching Mary Janes.

It was a slightly different scene when her older brother, Prince George, arrived for his first day of school at Thomas’s Battersea private school last September. Looking slightly more tentative as he held Prince William’s hand, George politely met the head of his new school before calmly heading into his classroom.

In any case, we’re sure that baby number three will get plenty of guidance from both big siblings upon arrival.

Do you have an older sibling that you boss around? Let us know @BritandCo!