Prince William and Duchess Kate Middleton Reveal the Due Date for Baby No. 3 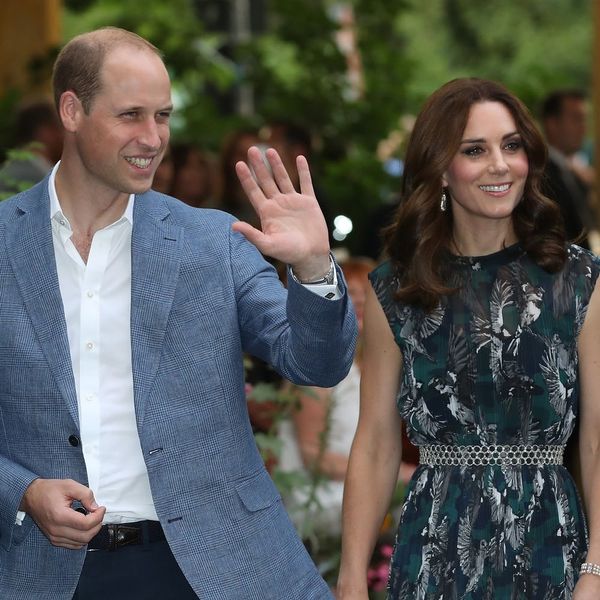 Yesterday, the buzz was all about Kate Middleton’s shorter hairstyle (which some think may be a distraction tactic), but today, the focus is back on her pregnancy as the Duchess and Prince William have just announced the due date for baby No. 3. The newest little royal is set to arrive next spring, which means we have six more months of trend-setting maternity style and baby name speculation ahead of us.

“The Duke and Duchess of Cambridge are delighted to confirm they are expecting a baby in April 2018,” Kensington Palace said in a statement on Twitter earlier today, alongside a pic of the proud parents laughing together in the rain.

The Duke and Duchess of Cambridge are delighted to confirm they are expecting a baby in April 2018. pic.twitter.com/jOzB1TJMof

This will be the second spring baby for William and Kate, who welcomed Princess Charlotte into the world on May 2, 2015. Their firstborn, Prince George, was a summer baby, making his big arrival on July 22, 2013.

Though she’s again suffering from hyperemesis gravidarum — a condition that causes severe pregnancy sickness — the Duchess has made multiple public appearances in the last week. On October 10, she attended her first royal engagement since announcing her third pregnancy, and on Monday, she danced with Paddington Bear at her second.

We can only hope it’s a sign that the 35-year-old is faring slightly better this time around. And we can’t wait to meet the brand-new prince or princess when they make their grand entrance into the world next spring.

Were you predicting a spring due date for Prince William and Kate Middleton’s third baby? Let us know @BritandCo!

Desiree O
Desirée O is a ‘Professional Bohemian’ who loves anything and everything related to the arts, entertainment, and pop culture. She ADORES being a ‘Newsy’ for Brit + Co, covering all of the latest tidbits of awesomeness that you want to read about. When she’s not writing, she’s either making messy art, going on long adventurous walks with her camera, or poking around over at bohemianizm (http://www.bohemianizm.com/). You can find out about Desirée O and her work at http://DesireeO.com/ or follow her on Twitter @DesireeO.
Kate Middleton
Celebrity News
Kate Middleton Royal Family