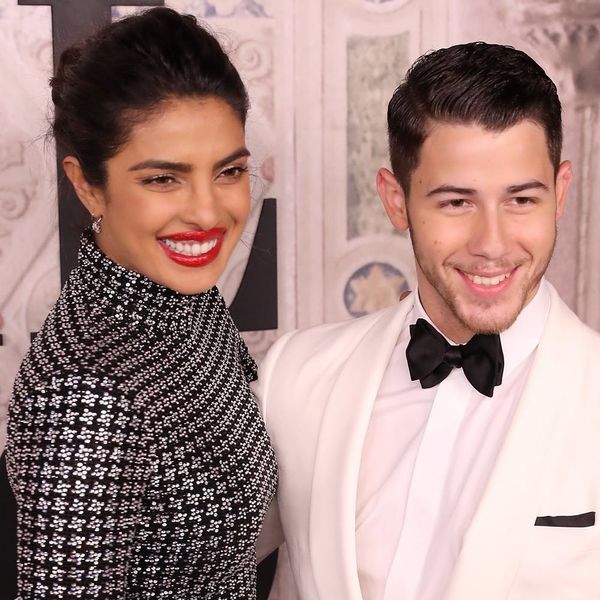 When Nick Jonas proposed to Priyanka Chopra earlier this year, he did so with a cushion-cut diamond from none other than Tiffany & Co. And while Jonas picked the ring with his brothers, Chopra said in a new interview that she had hinted about her dream engagement ring.

“I think we had a conversation about it when we were dating and I’ve always known it had to be Tiffany,” Chopra told People of her stunning sparkler. “Since I was a little girl, it was just something that was stuck in my head and I may have said that and I guess he remembered.”

Jonas reportedly proposed to Chopra on her birthday in July while they were in London. The Jonas Brothers singer was also said to have had a Tiffany store in New York City closed down so that he could privately pick out his future wife’s bling. The pair confirmed their engagement on Instagram about a month after rumors first surfaced, showing off Chopra’s massive diamond, which is thought to be around 4 carats.

Like many women who get swept up in the romance of a rom-com, Chopra first got the idea of having a Tiffany engagement ring from the movies.

“First, it was Breakfast at Tiffany’s that did it for every girl in the world,” she said of the Audrey Hepburn-starring ’60s classic. “And then, of course, Sweet Home Alabama came and put a stamp on it that it has to be Tiffany!” (In the 2002 romantic comedy, Reese Witherspoon’s character is led blindfolded into NYC’s flagship Tiffany’s store, where Patrick Dempsey proposes and tells her to pick out a ring.)

According to Chopra’s mother, the pair have not started making any major wedding plans just yet, but we’re betting it’ll be just as glamorous as their whirlwind romance .

Have you or would you drop hints about an engagement ring? Let us know @BritandCo!