I Quit Social Media for a Week and This Happened 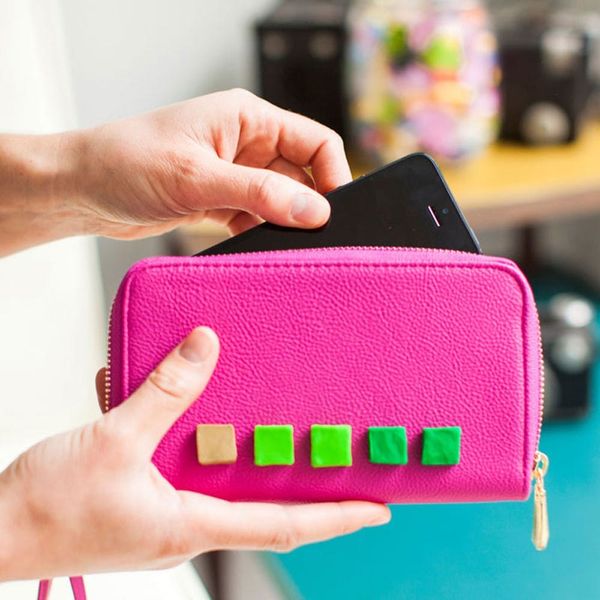 Social media is one of the biggest time-sucks in my life. Sure, there are Chrome extensions to kill my newsfeed that would allow me to block Facebook whenever I needed some super-charged productivity time, but I can’t really see myself giving up my news feed for a few extra minutes of focused work.

As the 9am alarm rang on my iPhone this morning, I instinctively picked it up, turned off the alarm and went to go check Facebook. Before the screen could load (yes, I tapped on the icon), I realized what I was doing and immediately exited out of the app. In order to avoid any more knee-jerk morning scrolling, I deleted all of my social media apps on my phone. I definitely had to fight the urge to cheat — I know, it’s only day one — by taking a pic and sending it on Snapchat. This is going to be a long week.

Mood: 5/10. I’m still recovering from the flu, so it’s pretty safe to say I’m not in the best of spirits. But overall, today just felt like a normal lazy Sunday. I felt like there were more hours in the day, if that’s possible, which probably shows you how much time I usually spend scrolling through social media.

Today was a super productive day, largely due to my forced lack of social media. However, as a professional writer, I use social media for a lot more than looking up old high school frenemies. When trying to pitch new stories to my editor, I like to browse Twitter for what’s trending and go from there. Without this option, there was a lot more Google in my life. Also, I’ve been noticing that instead of my dedicated Instagram scrolling breaks, I’ve been reading my book a lot more, which is an awesome consequence because I told myself I would re-read the entire Harry Potter series before book number eight comes out in July.

Mood: 6/10. I love, love, love having an excuse to read my book. Today was a busy day, but overall not too shabby.

Before this experiment, my breakfast time usually consisted of scarfing back some hot tea and yogurt while catching up on all the things I missed on Twitter. Throughout this experiment, I’ve been skipping the morning social media rush and spending my breakfast time with my dog. This is a change I think I might continue once the week is up. Right now, the biggest bother about not going on social media is not being able to participate or respond to any of my close friends’ comments online. For example, not being able to comment on my sister’s gloating tweet about beating me at Scrabble with a seven letter word on a triple-word tile. But, that might just be my bitterness talking, TBH.

Mood: 6/10. So far, I haven’t really felt myself becoming significantly happier as a result of quitting social media. If anything, I’m more anxious about the things I’m missing out on.

Today was kind of blah, if I’m being honest. I think this whole no social media thing is starting to just become routine. There are times when I feel like I’m still doing an experiment — today, I almost missed my friend’s birthday because I didn’t get a Facebook reminder about it (whoops) — but on the whole, it is definitely getting easier. As an added plus, my phone battery is lasting longer due to less Internet time. Instead of social media breaks, I’ve been trying to do things that I genuinely enjoy, like reading HP or a quick yoga routine. Although, as you can see, I sometimes have to fight for mat space with my sleepy pup.

Mood: 7/10. Today was the first day I started to notice that I was slightly happier than normal, which I do think is a direct result of quitting social media. I think being forced to actually think about what I want to do during my daily breaks instead of just killing an hour with mindless scrolling is definitely making me a happier person.

Today was a really stormy day in my neck of the woods, which meant I had to find out about road closures and power outages sans social media. Guys, I had to turn on a radio. Guys, I had to find a radio (okay, a radio app). Let’s just say I’ve never felt more like a stereotypical millennial in my life.

Mood: 7.5/10. After my initial freak out about the weather, I actually did feel quite happy today. Is it possible that this is getting *gasp* easier?

It’s Fridaaaay! Today I had to convince myself that Facebook Messenger wasn’t actually social media (it’s basically just like group texting, right?) so that I could ask my friends where we were meeting for dinner. Everywhere we went, whether it was a Japanese spaghetti restaurant or a small dessert shop, had running screens of an Instagram feed somewhere in the establishment. This was super annoying to someone who was avoiding social media.

Mood: 8/10. It’s really hard to put a numerical value on my happiness, especially without taking into consideration the events of the day (hanging out with friends is obviously going to be more enjoyable than a long day at work). On the whole, I do feel happier than I did at the beginning of the week, so that’s something, I guess.

I think I’m finally getting a hang of this no social media thing. Sure, it bothers me when I realize that I’m out of the what’s-trending loop, but for the most part, I’m starting to get used to the lack of social media in my life.

After a week without social media, I can whole-heartedly say that this is something everyone should try at least once. For one thing, it’s an awesome reminder to not let other people’s carefully curated posts determine how you judge your own life. It’s also a great reminder to live in the moment and stop documenting every single thing you see or do. Guilty as charged.

That being said, I missed not being able to see what was trending the most. Social media has become more than an online space to connect with friends — it’s a global hub of newsworthy snippets and personal stories that you just can’t get anywhere else. Did I become more productive? Absolutely. Did I become happier? Well, that’s harder to say. Quitting social media did free up time for me to do things that I love, rather than just mindlessly scrolling through my newsfeed. However, I’m not sure that a more balanced schedule wouldn’t do the same thing. Would I do it again? Let’s just say I’m going on a three-day Twitter binge and I’ll let you know when I get back.

Would you quit social media for a week? Tweet us at @BritandCo.

Ashley Macey
Ashley Macey is a lifestyle freelance writer who loves all things fitness, wellness, and creativity. When she's not exploring her home in the Pacific Northwest with her dog Max, you'll probably find her curled up with a good book and some hot tea. Follow her daily jaunts on Twitter.
Facebook
Tech
Facebook Snapchat social media twitter