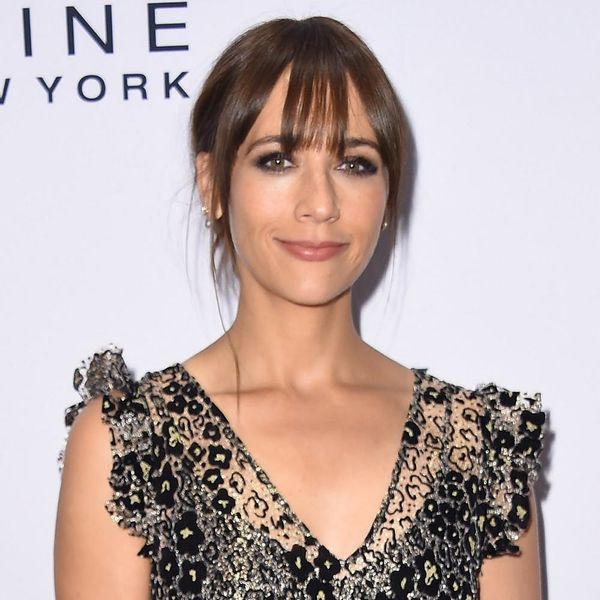 Rashida Jones might be best known for her on-screen appearances, but she’s also a powerhouse behind the scenes. Most recently, her writing talents were being put to good use on the Toy Story 4 script, but she left the job early. Now, Jones is speaking out about the reasons for her departure from the Pixar project.

On Tuesday, The Hollywood Reporter ran a feature detailing numerous allegations of sexual misconduct by Pixar chief creative officer John Lasseter. One of the accusations was that Jones and her writing partner Will McCormack left Toy Story 4 because Lasseter had made an unwanted advance. Jones has since released a statement saying that it is untrue and detailing the alleged unequal treatment of women and people of color that she says ultimately led to their decision to exit.

“The breakneck speed at which journalists have been naming the next perpetrator renders some reporting irresponsible,” the statement, given to the New York Times, read. “We did not leave Pixar because of unwanted advances. That is untrue. That said, we are happy to see people speaking out about behavior that made them uncomfortable. We parted ways because of creative and, more importantly, philosophical differences.”

“There is so much talent at Pixar, and we remain enormous fans of their films,” the statement continued. “However, it is also a culture where women and people of color do not have an equal creative voice. We encourage Pixar to be leaders in bolstering, hiring, and promoting more diverse and female storytellers and leaders. We hope we can encourage all those who have felt like their voices could not be heard in the past to feel empowered.”

Pixar has not yet commented on Jones and McCormack’s departure, but a spokesperson told CNN in a statement that the company is “committed to maintaining an environment in which all employees are respected and empowered to do their best work.” The Hollywood Reporter also ran a memo to Pixar staff from Lasseter, in which he said he is taking a leave of absence from the company due to unspecified “missteps.”

Jones and McCormack still have writing credits on Toy Story 4, and as of now, the movie is still slated to come out in June 2019.

What do you think of the stand Jones and McCormack took? Tell us @BritandCo.