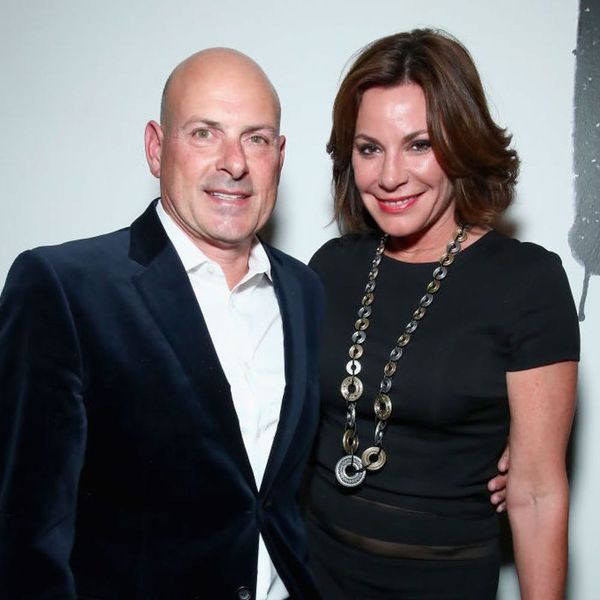 Luann D’Agostino has broken her silence over reports that her seven-month marriage is on the rocks. During the last season of The Real Housewives of New York, the then-Countess was warned by friends not to marry her now-husband, Tom D’Agostino, but the wedding still went on as planned. This week, amid reports that the pair had a public spat in a Manhattan restaurant, Luann took the time to defend her marriage.

Speaking with E! News, Luann said, “What couple doesn’t have lovers’ quarrels? Tom and I are very passionate and very much in love with each other and things happen. Unfortunately we are very much public people and so everybody likes to talk about it. From the Housewives to the restaurant, it’s very hard to keep privacy.”

But what about rumors that D’Agostino slapped her husband? “It was more of a tap then a slap,” she told E! with a laugh. “It was a lovers’ quarrel. I think all couples go through these things.” (She also emphasized to People that she absolutely did not slap Tom, saying, “It was like a face hold more than a slap, really. It was a little love pat — it wasn’t a slap.”)

In any case, the two are working through whatever issues they have. “Tom and I are good,” she said. “We love each other and you work through things. That’s what couples do — so everything is fine and we are happy.”

This isn’t the first bit of trouble for the D’Agostinos. After RHONY costar Bethenny Frankel told Luann that she’d spotted Tom kissing a woman one day before the pair’s engagement party, Luann stood by her man, saying, “I’m not going to let a stupid kiss ruin the rest of my life.”

Have you ever had a public spat with your spouse? Tell us @BritandCo!