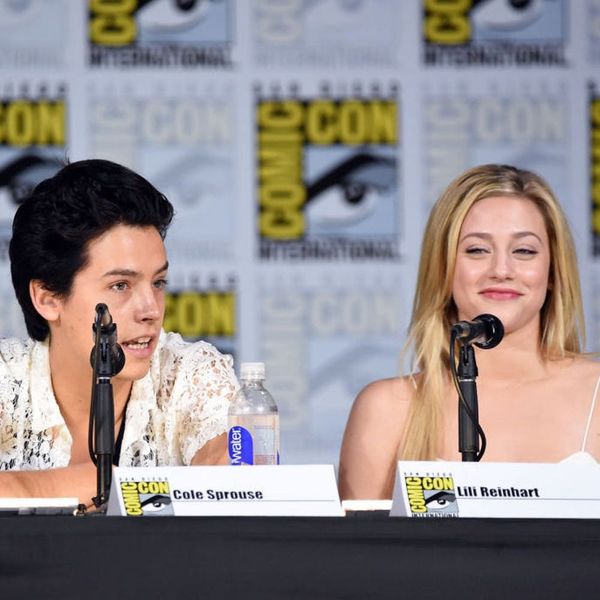 Amid reports that Riverdale‘s Cole Sprouse (Jughead) and Lili Reinhart (Betty) are now a real-life couple, the actress all-but-confirmed the speculation in a sweet birthday note to her costar, who — along with his twin brother Dylan — turned 25 on Friday.

To the man who has showed me more beautiful places in this past year than I have ever seen in my whole life. Happy birthday, Cole. Thank you for all of the adventures and here's to many more 🌙

“To the man who has showed me more beautiful places in this past year than I have ever seen in my whole life. Happy birthday, Cole. Thank you for all of the adventures and here’s to many more,” Reinhart captioned a shot of her rumored beau on Instagram.

While the two have yet to confirm their romance — and likely won’t, after Sprouse told Elle in April that he is “never ever going to talk about my private life with the public sphere” — People reported some possibly telling behavior during their appearance at San Diego Comic-Con in July. First, Reinhart was spotted wearing Sprouse’s maroon blazer, and the the two were seen “canoodling, holding hands, and kissing.”

Later that month, E! News reported that the couple took in a showing of Baby Driver at a Vancouver theater with the actress’ mom and sister. Although there was no PDA, Sprouse reportedly sat next to Reinhart and the two whispered and laughed together throughout the showing.

Even before July, though, fans were on high alert for an announcement from the two. Sprouse raised suspicion of a romance after he posted two gorgeous Instagram snaps of Reinhart, one in March and one in April.

Whether they’re dating or just good friends, we are totally Team Bughead.

Who is your favorite costar couple? Tell us @BritandCo!