4 Shows to Watch While You’re Waiting for Riverdale 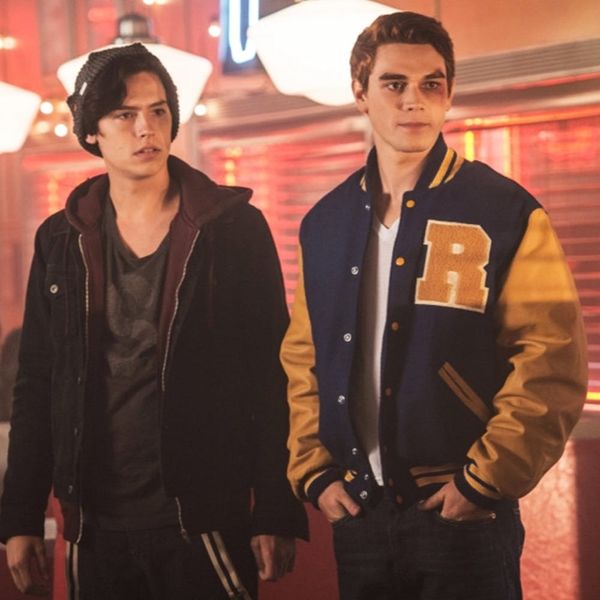 Riverdale has been super popular, and it’s easy to see why. Cute football players and small-town gossip, not to mention murder and intrigue. Oh, and don’t forget about Jughead. Or, you know, Cody from The Suite Life. Even his fellow cast members are fans. We know it’s really hard to wait for a week between episodes, so here’s some shows you can watch in the meantime.

IF YOU LIKE SMALL TOWN TEEN DRAMAS, WATCH DAWSON’S CREEK

Was there ever a more quintessential girl-next-door? Joey has been in love with Dawson for as long as she can remember, but when Jen, an exciting and experienced girl, moves into town, Dawson’s attention is drawn away. Joey and Dawson’s best friend Pacey may be harboring some feelings of his own. Oh, the love triangles! Their small town home of Capeside, Massachusetts may be fictional, but you’ll believe it’s real. Oh, and if you stick around long enough, you may just catch a glimpse of Jensen Ackles. Watch it on Hulu. (Photo via The WB/The CW)

IF YOU LIKE HIGH-MAINTENANCE TEENAGE DRAMA, WATCH GOSSIP GIRL

Even if you’ve never watched a single episode of Gossip Girl, you’ve probably heard of Blair Waldorf and Serena van der Woodsen. In case you’ve ever wondered what would happen when a bunch of rich kids were thrown together, you have your answer. Okay, maybe all the crazy stuff that happens is a little unrealistic. But it sure is fascinating. We won’t say money is the root of all evil, but these teens sure know how to get into trouble. If your teenage years were boring, you can live vicariously through them. xoxo Watch it on Netflix. (Photo via The CW)

So you’ve seen Gossip Girl and appreciated it for its teen cliques and intrigue, but you wish it were a little bit more of a thriller. PLL is the answer. Take a clique and murder its leader, and you have a disbanded group of teens who don’t know what to do with their lives. Spencer Hastings, Aria Montgomery, Hanna Marin, and Emily Fields are reeling after the death of Alison DiLaurentis. But soon after her death, they start getting contacted by someone named A who gets his/her kicks by threatening and torturing the quartet for their mistakes. Is their glorious leader back from the dead? Wouldn’t you like to know? -A. Watch it on Netflix. (Photo via Freeform)

Clark Kent is your run-of-the-mill broody, handsome hunk. Except he also happens to be an alien with superpowers. If you ever wondered what started the Man of Steel’s caped crusade, take a gander at Clark’s high school days. You won’t be disappointed. If the high school part isn’t interesting enough for you, don’t worry — they do graduate and the show goes on. Look out for familiar faces from other CW shows. We won’t spoil it this time. Watch it on Hulu. (Photo via The WB/The CW)

(Feature photo via The CW)

Shea Lignitz
Shea can be found in the nearest bookstore or brewery, exploring the great outdoors, or blasting Led Zeppelin. She grew up in the cold and rain of Northern California's redwoods but is currently wandering around Texas.
Netflix
Pop Culture
Netflix Streaming