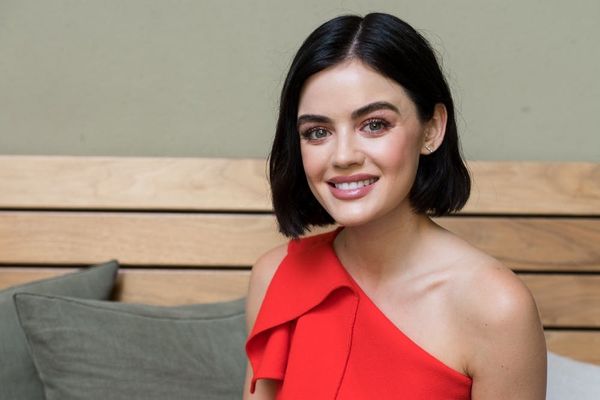 “Well I’m slightly freaking out!” Hale wrote on Instagram alongside a screenshot of an article about the news. “Thank you @archiecomics / @writerras / @thecw / @warnerbrostv / @thatthingofwhen for trusting me to be your KATY KEENE. My heart is bursting.”

Multiple outlets reported the news on Monday, March 11, and it was then confirmed by Hale and Roberto Aguirre-Sacasa, the creator of both shows. “It’s official!” Aguirre-Sacasa captioned an Instagram photo of Hale and the title character. “@lucyhale joins the #Archieverse as fashion it girl #katykeene! Thrilled to be working with this lovely lady!”

Katy Keene was first announced in January, and has been described as a “musical dramedy” that takes places years after the events of Riverdale, as four Archie Comics characters — including Keene — chase their artistic dreams in New York City. Ashleigh Murray, who plays Josie McCoy on Riverdale, will also star in the spinoff.

Riverdale frequently features musical performances from its characters, and its creators have proved themselves adept at the musical genre already, with the season 2 episode based on Carrie: The Musical. Season 3 will air its own musical episode with the upcoming tribute to the ’80s cult classic Heathers.

Katy Keene will be the second spinoff from the hit teen drama: Chilling Adventures of Sabrina, starring Kiernan Shipka and based on Archie Comics’ beloved teen witch character, launched on Netflix last fall, and a second season will premiere in April 2019.