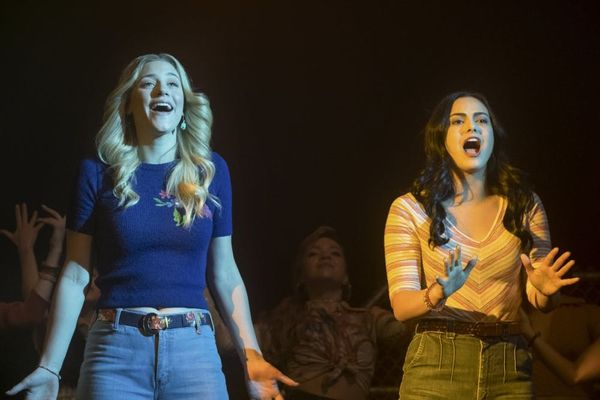 Riverdale High’s drama department is at it again. Even though last season’s musical production of Carrie ended in murder, our favorite fearless teens are returning to the stage once more in March, this time to perform Heathers: The Musical.

The CW series announced its next musical episode on Thursday, January 17. According to Entertainment Weekly, the ep will feature nine songs from Heathers: The Musical, which is based on the 1980s classic starring Winona Ryder and Christian Slater.

“Last year, we had a blast doing Carrie,” executive producer Roberto Aguirre-Sacasa said in a statement to E! News. “This year, we wanted to honor another iconic teen movie. Heathers: The Musical is BIG FUN, with great roles for the Riverdale kids. And everyone is singing…”

Heathers: The Musical was a 2014 off-Broadway hit based on the 1989 movie about a group of popular mean girls named Heather. The story takes a dark, murderous turn — which makes it the perfect fit for Riverdale. We just hope this year’s show ends in applause instead of screams.

Riverdale‘s Heathers episode will air Wednesday, March 20, at 8pm on The CW.

Are you excited for Riverdale‘s version of Heathers: The Musical? Let us know @BritandCo!