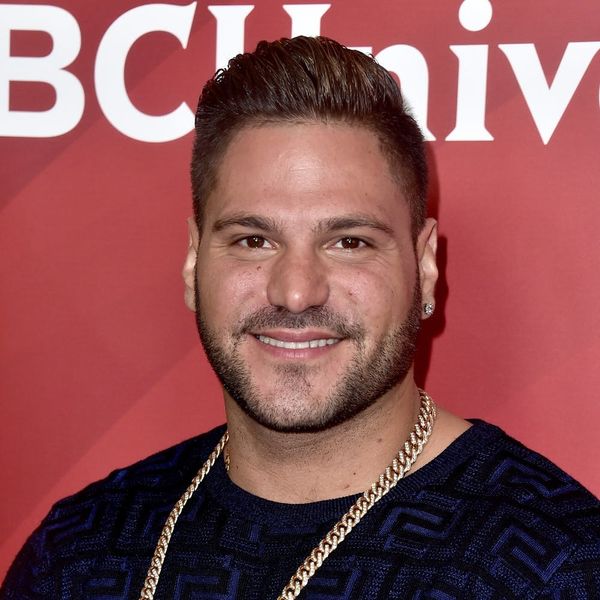 The Jersey Shore crew is about to get even bigger! Ronnie Ortiz-Magro, who will soon be headed back to the Shore with his GTL fam for Jersey Shore: Family Vacation, has just announced to Us Weekly that come 2018, he’ll have a little one to call his own with girlfriend Jen Harley!

In just four months, the 32-year-old and his lady will be welcoming a little girl, a turn of events even Ortiz-Magro himself never could have expected.

Taking to Instagram with a picture of himself and Harley, the proud papa wrote, “Things in life never [go] as planned or happen the way you expected!” adding the sweet hashtags, “#BestFriend #MyLife #LoveHer.”

The twosome have been coupled up since at least July, when they were spotted holding hands in public. Harley also has an 11-month-old son from a previous union.

Still, the soon-to-be daddy is taking all the advice he can get, turning to castmates Jenni “JWoww” Farley, who shares a daughter and a son with husband Roger Mathews, Pauly D. Delvecchio, who has a daughter, and Nicole “Snooki” LaValle, who has two kids with husband Jionni LaValle, for advice. “They all went through different experiences, which was great,” Ortiz-Magro said.

Looks like we’ll have plenty to look forward to when the revived show hits the airwaves next year!

Are you surprised to hear that Ronnie’s gonna be a dad? Sound off over @BritandCo.

Nicole Briese
Nicole is the weekend editor for Brit + Co who loves bringing you all the latest buzz. When she's not busy typing away into the wee hours, you can usually find her canoodling with her fur babies, rooting around in a bookstore, or rocking out at a concert of some sort (Guns N' Roses forever!). Check out all her latest musings and past work at nicolebjean.com.
Celebrities
Celebrity News
Celebrities Celebrity Baby TV