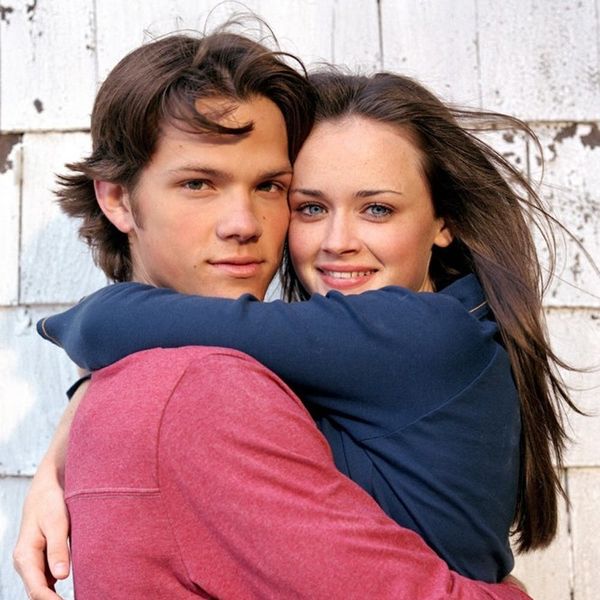 On Gilmore Girls, Rory learned through her relationship with Dean that men weren’t always going to walk out of her life the way her father had. She learned that, unlike her mother, she could keep a relationship going beyond the three-month mark. Rory also learned what she didn’t want in a relationship. She needed someone who could keep up with her on an intellectual level, who wanted to get out of Stars Hollow and who could challenge her. And she learned that it was okay to move on.

Teenage Rory and teenage me needed similar things out of a relationship: We needed to feel safe, but also challenged. We also both had the need to be stimulated intellectually by a partner, but to make sure there’s also downtime — especially if it’s between debating about books, running around on some whirlwind road trip or jumping off bridges.

I didn’t know what I wanted out of a relationship when I was 16. I just knew this guy who played the drums and who rode his bike to my house in the morning before I hopped the bus to school was cute, and into me, and made me feel safe. I knew that we were in love, and that he was my best friend. He was the person I wanted to play video games with. We were puzzle pieces that fit — until we didn’t. Until I figured out that what we had, while great, wasn’t enough for me. Until I realized I wasn’t ready to settle down and we were holding each other back from doing what we really wanted to do.

My first love was someone who held my hand through everything. What I needed, however, was someone I could have fun with, who fit into my world, but didn’t change their entire world around to fit me in it. He gave up on the military; I followed a set path that kept me close to home, living with family. Every failure and triumph, he was there, holding my hand, but I reached that moment of clarity: Does he understand what this means to me? Does he want the same things I do? The questions were too much for me until suddenly, the answer was clear. There was a moment that I just knew that what we had, while it was great, wasn’t going to grow into something more. We were too comfortable already, and we’d plateaued.

There was no more going up from where we stood. At 18, we could’ve gotten married. He would’ve had his career; I would’ve finished college as a Communications major and desperately tried to find a job in the area. Or, I would’ve settled into a job that had nothing to do with my degree because that would’ve been what fit into our life the best. I can still see it, the life we could’ve had, and it still gives me that sinking, nauseous feeling of settling. Not for him, but for what we would’ve given up by trying to make sure our relationship worked.

I couldn’t give up any more pieces of myself.

After we broke up, I had the hardest time sleeping alone. I bought body pillows, stuffed animals, anything that took up the empty space in my bed. Even though I was the one who ended things, I missed him. Sometimes, I still miss him. Well, the idea of him: of being back in that invincible first love, of feeling safe, of being someone’s number one priority no matter what. When I wrap myself up in blankets that smell like his bed used to, I feel safe and comfortable.

My first love was the Dean to my Rory — a connection that was made even stronger when I watched the Gilmore Girls revival. When Rory met up with Dean for the last time, she thanked him; now, they’re both living the lives that they always wanted to, more or less. He has the wife who cooks dinner and the gaggle of kids — his desires haven’t really changed from when they were 16. The same goes for Rory. Sure, her path hasn’t been the straightest, but she’s beholden to no one. She is still very much her mother’s daughter, and compromising isn’t what she does.

Like Rory, I’m my number-one priority. I sleep alone, but I don’t feel as lonely. I learned how to keep my head above water. I know I need the room to follow my dreams, wherever they might take me. I need the space to travel alone, to shut myself off from the world and write — and I need someone who knows that this isn’t selfish, because they put the same effort and passion into their work.

I know that I need someone who wants and needs room to grow too.

What did you learn from your first love? Tell us @BritandCo!