Your Royal Bachelor Match, According to Your Zodiac Sign 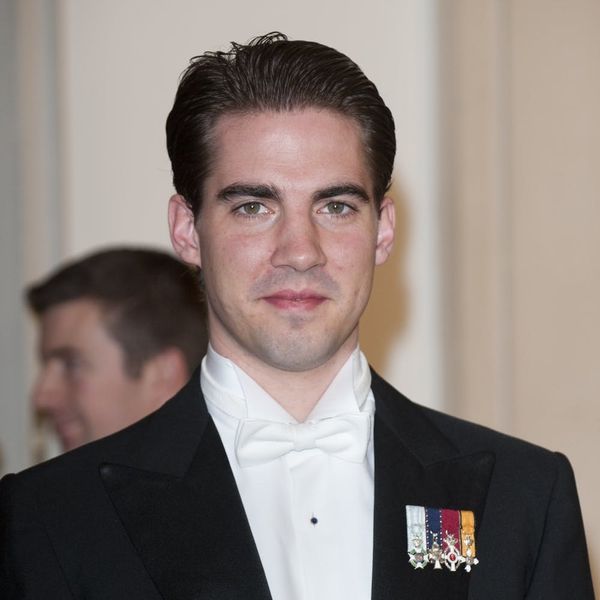 With all this exciting news of Prince Harry and Meghan Markle’s romantic — and historic! — engagement, it got us thinking: What other royal bachelors are still out there, looking for their shiny-haired soul mate to carry on the crown? Turns out, there are quite a few smart, accomplished, and seriously steamy royals still on the market, and we’re here to match you up with your princely bachelor based on your astrological sign.

Crown Prince Hamdan of Dubai: You need a man who can keep up with your boundless energy and enthusiasm, Aries, and this 35-year-old royal is known for his adventurous spirit. His hobbies read like your dream Tinder profile, from hiking and skydiving, to diving and cycling, so you know he shares that brave, courageous spirit of yours. And from the looks of his Instagram profile, he’s got quite the sense of humor (selfies with horses, c’mon!) and loves his family a ton. (Photo via Francois Nel/Getty)

Prince Philippos of Greece and Denmark: This is a man of family values, Taurus, and seems to put those he cares about first and likes to stay out of the royal spotlight (AKA your dream man). We think this laid-back, quiet personality perfectly suits your own chill vibes demeanor — the two of you could make quite the cozy, luxurious love nest to happily settle into together. (Photo via Julian Parker/Mark Cuthbert/Getty)

Prince Joachim of Belgium: This 25-year-old prince just may have more interests than you do, Gemini, which is definitely saying something, considering your innate curiosity. Prince Joachim holds a degree in international economics, management, and finance, and after graduating, he studied at the Nautical School in Brugge. He’s now a part of the Belgian Navy and is currently ninth in line for the Belgian throne — he’s got a lot going on, which means you’ll always have a lot to talk about (and won’t put each other to sleep). (Photo via Patrick van Katwijk/Getty)

King Kgosi Leruo Molotlegi, Royal Bafokeng Nation, South Africa: No prince for you, Cancer, oh no — we’ve found an eligible king who we think you’ll adore. This 48-year-old urban planning and architecture grad reportedly works 18 hour days (no wonder he hasn’t settled down!) in an effort to ensure his nation becomes self-sufficient within the next 30 years. It sounds like he knows how to look out for others’ interests and has a real passion for enacting positive change. As a sensitive, thoughtful soul yourself, we’re sure the two of you will continue a life of doing good and being kind. (Photo via STR/Getty)

Prince Albert of Thurn und Taxis: Race cars, cold beer, and a family castle — sound dreamy, Leo? We thought so. You definitely want a dude who wants to share the spotlight with you and you prefer a life lived to the fullest, with lots of fun thrown in. Plus, it doesn’t hurt that this German 34-year-old made the Forbes’ billionaires list at age eight. We’ll let that sink in while you get ready for your date. (Photo via Andreas Rentz/Getty)

Edward Windsor, Lord Downpatrick: As former financial analyst-turned Estee Lauder exec with a modern romance language degree from Oxford, Lord Downpatrick knows a thing or two about hard work. We know what a perfectionist you are, Virgo, and we think you two would totally motivate each other to become better in all aspects of life. You’d just have to be sure to take breaks for fun and adventure — all work and no play is no fun for newlyweds! (Photo via YouTube)

Trying to contain that Friday feeling 🌚 happy 🍟day all

Prince Mateen of Brunei: Take a scroll through Mateen’s Instagram account (we love a tech-savvy royal!) and you’ll see the 26-year-old loves horses, knows his way around a grill, and looks as swoon-worthy in a pair of shorts as he does in a suit. And as someone who appreciates a balanced life with a hint of luxury thrown in, we know you’re down with that vibe, Libra. Plus, Mateen graduated with a Master of Arts degree in international studies and diplomacy, which we know is tugging at your own fair-minded, justice-seeking heartstrings.

Prince Haji Abdul Azim of Brunei: If there’s anyone to slow down this party prince, it’s you, Scorpio. Prince Azim shares a bit of that edge of yours, bucking tradition by not following in his family’s footsteps. You can carve out your own passionate path together, staying true to your own values and life plan. Plus, the man has amazing hair. (Photo via Jim Spellman/Getty)

Prince Constantine-Alexios of Greece and Denmark: Okay, while this prince may only be 19 years old, hear us out, Sag. This cutie absolutely adores the outdoors and spends most of his free time on beachfronts, countrysides, and city sidewalks. We know how much you love to explore and think Constantine-Alexios would make the perfect lifelong travel companion.

Crown Prince Hussein of Jordan: The only issue you’re going to have with dating Crown Prince Hussein, Cap, is that you’re going to feel super competitive after peeping his impressive CV. The man defines ambition in a way that we know you find unendingly attractive — the two of you would make a power couple for the ages. Seriously though, at 20, he became the youngest person to ever chair a UN security council session, holds an International History degree from Georgetown University, graduated from the Royal Military Academy Sandhurst and recently delivered an address to the UN. He’s also close with his parents (NBD — just King Abdullah II and Queen Rania) and likes to stay fit — checking those Capricorn boxes off left and right! (Photo via Khalil Mazraawi/Getty)

Prince Wenzeslaus of Liechtenstein: You’re a bit of a rule-breaker yourself, Aquarius, so it should come as no surprise that we think “Prince Vince” would make your perfect match. Still single at 43 and with a dating history that includes Victoria’s Secret supermodel Adriana Lima, this royal goes his own way, with little regard of what he’s “supposed” to do in his dating life. We find his bachelorhood refreshing and bet you’re just the person to create a cool, non-conformist life together. (Photo via Pascal Le Segretain/Getty)

Prince Sébastien Henri Marie Guillaume of Luxembourg: Pisces, you need a partner who appreciates your artistic, gentle nature, and we’re sure Prince Sébastien is your creative soulmate. He too is a major art lover and also spends a lot of his time connecting with nature, whether it’s on a hike or hitting the slopes. His earthiness will surely balance out your watery nature for a match made in heaven. (Photo via Sylvain Lefevre/Getty)

Do you consider yourself more of a Meghan Markle or Kate Middleton? Tweet us @BritandCo and tell us what kind of princess you’d be!

Megan Parry
Megan Parry is a lifestyle writer living in Philadelphia where she's making generous use of her library card, obsessively reading friends' natal charts, and learning how to differentiate between "dried apricot" and "juicy apricot" notes in wine.
horoscopes
Creativity
horoscopes Zodiac