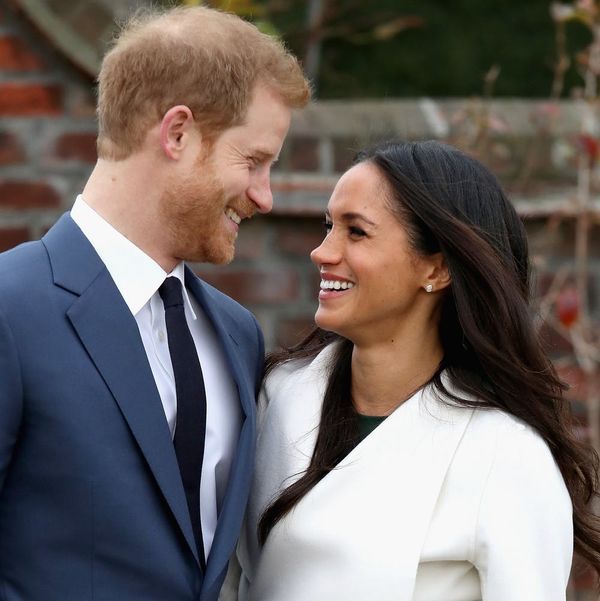 It’s been an exciting day for royals watchers around the world. Fans of Suits star Meghan Markle and royal family aficionados woke up to the news that the actress and Prince Harry announced their engagement in London today. Although the Prince knew his American fiancée was “the one” the moment they met, the couple’s relationship and subsequent engagement have become a huge deal to everyone, not just royal watchers and historians, making this announcement about more than just another royal wedding.

Besides Markle’s American roots, it’s her racial background that is groundbreaking for a family whose history is rooted in colonialism. Especially since a quick look at Markle’s background shows deep connections to both the British monarchy and to slavery: On her father’s side, she’s a very distant cousin of Harry’s Great-Grandmother, Elizabeth Bowes-Lyon, and on her mother’s side, she is directly descended from slaves.

Although incidental, Harry’s choice of a mixed-race Black woman with ancestry on both sides of colonial history as his wife signals a major shift in race relations in the UK. To understand why, we need to take a look back at the history of the British Empire.

Flash back 500 years to the reign of Queen Elizabeth I. Though we see her as a fierce warrior queen today, it was her interest in subduing enemies in France and Portugal that eventually led to the slave trade that saw millions of Africans uprooted to the then-British colonies (including the US and parts of the Caribbean) for centuries. The British Empire continued to expand and flourish while exploiting the non-white people who lived in the countries they controlled. There has never been an official British royal who was not white in the monarchy’s near-1000-year history.

As well, since the founding of the Church of England over 500 years ago, no royal has married a Catholic — that changes with Harry’s engagement. King Henry VIII (Liz I’s dad) famously founded the Church of England in order to divorce his first wife and marry again. Henry went on to marry, then divorce or behead, four of his six wives (his third wife died two weeks after childbirth, and the sixth wife outlived him).

Britain has had a poor track record with non-white citizens more recently too. 2015 marked the 50th anniversary of the country’s Race Relations Act, a law created, in theory, to promote racial equality. Many argue that the act failed to protect the UK’s non-white citizens, and in light of the country’s overwhelming vote for Brexit 50 years later, many have argued that racism was (and is) alive and well in the Commonwealth. Harry and Markle’s engagement, however, shows that (at least on the surface), the Royals are looking toward a more inclusive future for their country.

And people are taking notice of this change of the old guard, as it were. Twitter was abuzz with delight at the news of the newly minted royal couple today, sharing hilarious gifs and memes in honor of the soon-to-be Black, American princess.

Prince Harry's future mother-in-law is a black woman with dreadlocks. There are no words for this kind of joy.

We got us a Black princess ya'll. You really can't tell me a damn thing for the rest of the day because it won't matter. Shout out to Prince Harry and Meghan Markle. Their wedding will be my Super Bowl. pic.twitter.com/WmBnGm5AuZ

Besides Markle’s background, the fact that she was once married is significant too. Although her soon-to-be father-in-law Prince Charles is a divorcé himself, and is married to a divorced woman, it wasn’t so long ago that royals couldn’t be involved with someone who’d been previously married.

80 years ago, Prince Harry’s great-uncle King Edward VIII decided that he wanted to marry his longtime partner, American divorcée Wallis Simpson. In those days, the Church of England (of which Edward, as monarch, was head) did not allow for divorced people to remarry if their former spouse was still alive. Edward’s desire to marry his love caused a constitutional crisis that would ultimately pave the way for his brother, George VI, to take the throne in his place.

80 years later, Markle — another American divorcée — is now also set to marry a royal, but this time the situation is pretty different. Most notably, Prince Harry will likely never be king; he’s currently fifth in line to the throne and will be bumped down to sixth upon the birth of Prince William and Duchess Kate’s next baby in April.

With so much change afoot for the royal family, Harry’s choice in bride seems like a perfect opportunity to propel an ancient seat of power into the future. While some may argue that the monarchy should be abolished, Harry and William’s more modern take on their roles as figureheads in the UK may solidify their family’s position a little while longer.

What do you think of Prince Harry and Meghan Markle’s engagement? Tell us @BritandCo!

Kat Armstrong
Kat has been a writer, social media maven and mom for longer than she's willing to admit. She's also spent time in front of and behind the camera, interviewing celebs, politicians and acting as a producer for fashion and artistic photography shoots. When she isn't writing for various orgs and publications, she's hanging with her kids, husband and French Bulldog, Peter, in Toronto, Canada.
Celebrity Engagement
Diversity
Celebrity Engagement Royal Family Royal Wedding