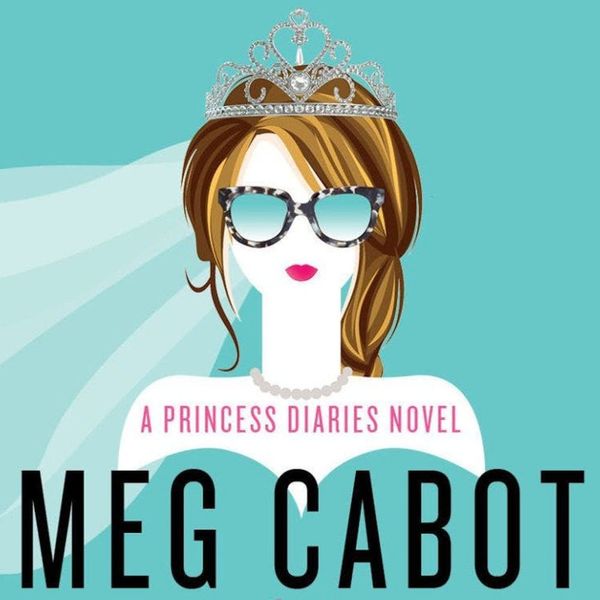 She’s a passionate philanthropist, a dazzling fashion icon, an incredible actor, and she’s engaged to the former most eligible bachelor in Britain — yep, we’re talking about the one and only Meghan Markle. With the royal wedding of Meghan Markle and Prince Harry approaching in mid-May, we’re beyond excited to see this real-life fairy tale unfold, and we have tons of questions about this upcoming ceremony. Will Markle’s Suits coworkers be invited to the wedding? What lucky designer will be tapped to create the dress? What traditions will the newlyweds break? Argh, we just can’t stand that there’s over a month left before we find out! So while we anxiously wait for more juicy details about the wedding of the year, we’ve decided to occupy our time by reading royally themed books while we anticipate our invite’s arrival. (You know where to find us, Meghan!)

Bex Porter is an adventure-seeking American who doesn’t believe in fairy tales. Well, she didn’t… until she started university at Oxford, met charming Nick, and accidentally fell in love with the heir to the British throne. With its complicated family dynamics, lofty public expectations, and frightening encounters with tabloids all weighing on the relationship, this drama-packed novel is the perfect antidote to your Harry and Meghan wedding anticipation.

There are only two Enchanters left in Russia — Vika Andreyeva can summon the snow and turn ash into gold, and Nikolai Karimov can see through walls and conjure bridges out of thin air. With the Ottoman Empire and the Kazakhs threatening to attack, the tsar knows he needs a powerful Enchanter on his side to have a chance at fending off a war. So he initiates the Crown’s Game — a deadly competition where only the winner survives — to find the Imperial Enchanter who will help him defend the country. Get ready for an action-packed adventure full of royal tension, fierce battles, and moral conflict.

People are beginning to sense that, after seven years of marriage, young King Louis XV is tiring of his Polish wife. As various factions begin the hunt for a suitable mistress for the king, Louis’s scheming ministers push the aristocratic Nesle sisters into the race for the king’s heart. Over the next decade, all of the Nesle sisters (Louise, Pauline, Diane, and Marie Anne) will compete for the king’s affection. Based on Sally Christie’s meticulous research about a group of women never before written about in English, this incredible work of fiction is begging to be read on a lazy Saturday afternoon.

Drawing on Queen Victoria’s diaries, Daisy Goodwin uncovers the spirit of the young queen in this wonderful historical novel. It’s the year 1837, and the British find it a bit preposterous that a sheltered 18-year-old woman is becoming the Queen of Great Britain and Ireland. But from the moment she takes the throne and drops her hated first name in favor of Victoria, this young queen will continuously shock the world. From her legendary meetings with ministers to her romantic encounters with Lord Melbourne and Prince Albert, this unputdownable novel based on the real life of Queen Victoria is a must-read for anyone fascinated with the royal family.

There’s a reason everyone is obsessed with this fascinating young adult series from rockstar author Victoria Aveyard. Seventeen-year-old Mare is living in a world divided by blood. Those with Red blood are seen as commoners and must serve the Silver-blooded elite, who are blessed with superhuman abilities. When a twist of fate throws Red-blooded Mare in front of the Silver court, she discovers something impossible: She has abilities of her own. Mare is thrown into their aristocratic world as the king forces her to play the role of a lost Silver princess and betroths her to one of his sons… and she must decide whether to enjoy her newfound wealth or help the growing Red-blooded rebellion.

Lady Jane Grey was Queen of England for just nine days before Mary Tudor gathered an army and claimed the throne. Locking Jane in the Tower of London, Mary sentenced her to the executioner’s block when Jane refused to betray her faith. Featuring several of the most famous women in history, bestselling author Philippa Gregory’s newest hit novel in her successful royal series is definitely a must-read.

Empress Elizabeth of Austria-Hungary — fondly known as Sisi — is a free-spirited wanderer who effortlessly captured the hearts of her people. But despite her outward persona, Sisi feels constricted by cumbersome royal protocols and a turbulent marriage. Set against the backdrop of World War I and an age of crumbling monarchies, readers are invited to meet fascinating characters in a sizzling world of temptation, rivalry, and conflicting desires.

Cora Cash is an American billionaire traveling abroad in the hopes of finding a royal man to marry. During her search she finds and marries the most eligible bachelor in England, quickly becoming the incomparable Duchess of Wareham. Despite having gotten everything she’s ever dreamed of, Cora soon learns that her new life isn’t quite what she had hoped for as she’s forced to navigate a secretive and withdrawn husband and a tricky social scene. Goodwin’s The American Heiress is a bingeable tale that’s perfect for anyone who loved Downton Abbey.

For readers who are looking for a related string of royal reads, we highly suggest checking out Alison Weir’s captivating six-book series in which each novel details one of King Henry VII’s mysterious wives. In the first novel, Weir paints an incredible portrait of Katherine of Aragon, Henry’s first devoted queen. From her beginnings as a Spanish princess to the epic betrayal of Katherine’s maid of honor, this captivating tale is sure to entertain anyone on a royal kick. When the end leaves you wanting more, don’t forget to check out the other books in the series, including Anne Boleyn and Jane Seymour.

It’s the mid-1800s, and the British Empire is setting its sight on India. Expecting an easy conquest as the region is divided among independent kingdoms, the British are shocked when they reach the Kingdom of Jhansi and find that Queen Lakshmi has created two armies ready for battle — one male and one female. Told from the perspective of Sita — Queen Lakshmi’s favored companion and trusted soldier in her all-female army — Moran’s bestselling novel is a thrilling tale set in vibrant historical India.

We totally remember loving Meg Cabot’s timeless tale about a young girl’s transformation from a geeky American teen into the princess of Genovia with a little help from her grandmother (AKA the incomparable Julie Andrews). Well, hold onto your crowns, folks: For the first time ever, Meg Cabot has released an adult-focused installment of the beloved series, as Princess Mia balances running a new teen community center in NYC, planning an extravagant wedding to her long-time beau Michael, and attending complicated royal engagements.
Ashley Macey
Ashley Macey is a lifestyle freelance writer who loves all things fitness, wellness, and creativity. When she's not exploring her home in the Pacific Northwest with her dog Max, you'll probably find her curled up with a good book and some hot tea. Follow her daily jaunts on Twitter.
Books
Creativity
Books Celebrity Wedding Royal Family Weddings
More From Creativity