Russell Wilson and Ciara Just Gave Us ALL the Relationship Goals 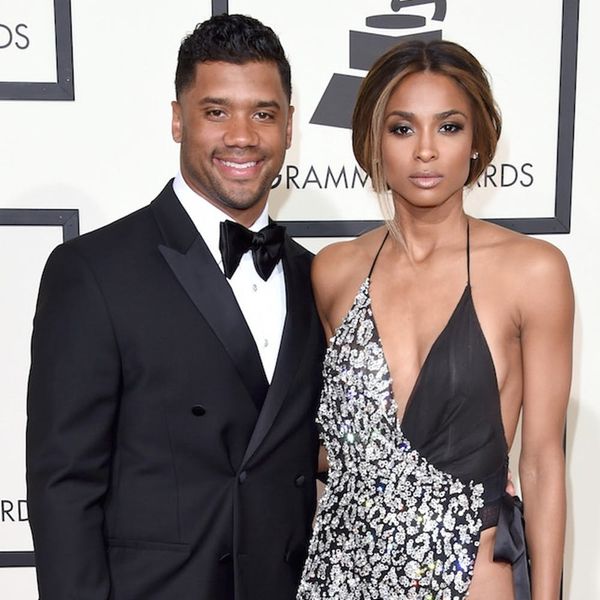 Grab your your best girlfriends and some popcorn: You’ll want to take your time reveling in the epic perfection that is this adorbs Instagram video of Seattle Seahawks quarterback Russell Wilson and his future wife, Ciara (who recently took the sweetest family vacay ever). Shot during their weekend getaway to The Essence Music Festival in New Orleans, this new clip is giving us ALL the relationship goals known to mankind.

In the vid, these two take to the streets of NOLA for an impromptu performance like you’ve never seen. As Ciara shows off her beautiful voice on a rendition of Dru Hill’s ’90s hit “Beauty,” her future hubby is right by her side, acting like the perfect backup singer and dancer. Russell’s teammate, running back Robert Turbin, was also there to lend his, uh, “musical talents.”

“Music Video Chronicles in the Streets of #NewOrleans,” Ciara wrote in the caption of the too-cute-for-words clip. “Stick To Football Fellas. @DangeRussWilson @Rob2Da_ #TheBestTimes”

As it turns out, the musical shenanigans actually started waaaay earlier that day when the couple boarded a private jet to NOLA. Russell took the opportunity to serenade his beautiful fiancé, as she tried her best not to burst out laughing. Lucky for us, he captured the impressive moment on tape.

Don't judge me by my hair but by the sweet lady next to me! #PlaneChronicles haha #SillyCrew

“Don’t judge me by my hair but by the sweet lady next to me! #PlaneChronicles haha #SillyCrew” Russell wrote. Hey, we think your hair looks amazing, Russ! And your voice isn’t too shabby, either. *sigh* Too sweet.

Are Russell and Ciara giving you #RelationshipGoals? Tweet us @BritandCo.