Ruth Bader Ginsburg Had Cancerous Nodules Removed from Her Lung 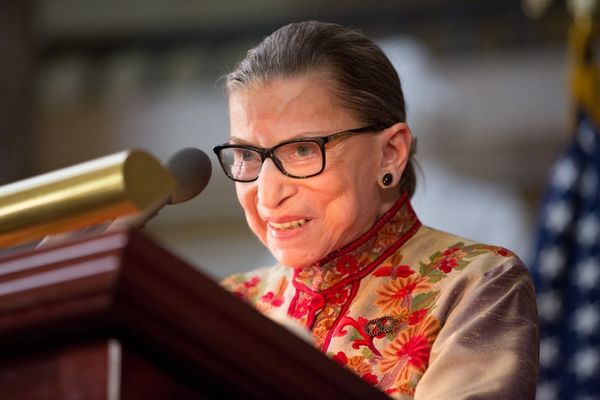 According to the statement, Ginsburg, 85, underwent a pulmonary lobectomy after two nodules were detected in the lower lobe of her left lung during tests that were performed at George Washington University Hospital while she was receiving treatment for rib fractures she sustained in a fall at her office on November 7.

Thoracic surgeon Valerie W. Rusch said that after an “initial pathology evaluation,” both nodules were found to be malignant. However, there is no evidence of any remaining cancer after the surgery, and pre-surgery scans didn’t show the disease anywhere else in Ginsburg’s body.

“Currently, no further treatment is planned. Justice Ginsburg is resting comfortably and is expected to remain in the hospital for a few days,” the statement read. The Supreme Court also promised updates as they become available.

In recent years, Ginsburg has become something of a pop culture phenomenon. She’s even the subject of two 2018 films directed by women: a documentary called RBG, directed by Betsy West and Julie Cohen, and the feature-film biopic On the Basis of Sex, starring Felicity Jones, which is set to open in theaters on Christmas Day, December 25.

Best wishes to Justice Ginsburg on her recovery!