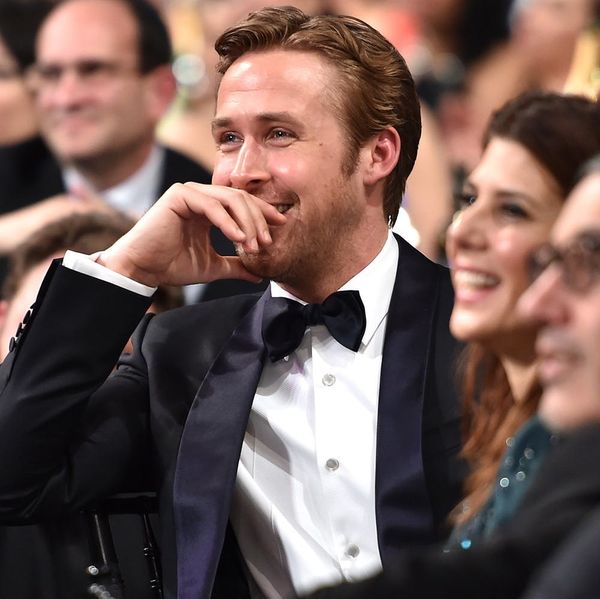 When you’re a big-shot celeb, you might assume that running into other major actors and actresses at an award show is no big deal. But news flash: Celebs often get starstruck just like you. Anyone else remember that adorable moment when J. Law met Jack Nicholson? At Saturday night’s SAG Awards, Game of Thrones actress Sophie Turner (you know her as Sansa Stark) snapped a super sly photo with everybody’s boyfriend Ryan Gosling and immediately proved she as in love with the Hollywood dreamboat as the rest of us.

Sophie shared this AMAZING photo on Instagram yesterday of her chilling at a table with her crew while Ryan Gosling is seen chit-chatting away in the background. She captioned this legendary pic, “Sorry boys. I’m off the market.” Eva Mendes, you might want to watch your back. If Sophie is anything like her GoT character, you might have some fierce competition headed your way.

If you had the chance to take a picture like this with RG, what would your face look like? Send us a selfie on Snapchat!

(Photos via @sophiet and Dimitrios Kambouris/Getty)