Sandra Oh Just Made History With Her 2018 Emmy Nomination 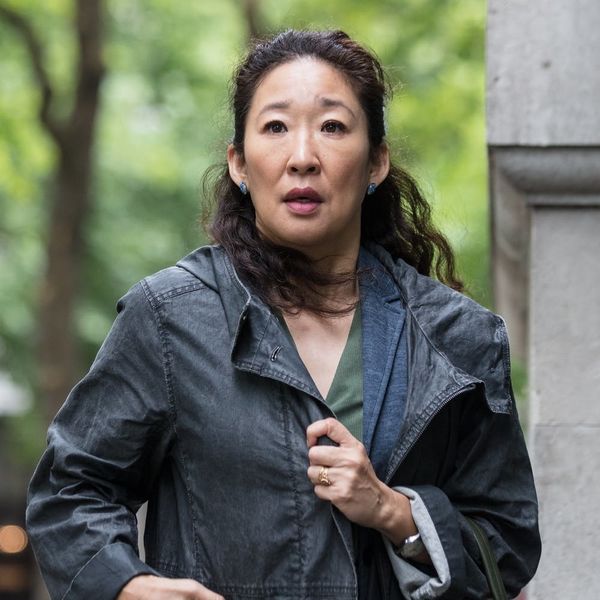 The 2018 Emmy nominations were announced today, July 12, and although there were a few surprising snubs, there was also one pretty major milestone: Sandra Oh made history as the first Asian woman to earn an Emmy nomination for Outstanding Lead Actress in a Drama Series.

Oh received the nod for her role as British Intelligence officer Eve Polastri in the BBC America series Killing Eve. Tasked with tracking down a female assassin named Villanelle (Jodie Comer), Oh’s character is as cunning and intriguing as the woman she’s pursuing.

After the nominations were announced on Thursday morning, the former Grey’s Anatomy star took to Twitter to share a photo of herself looking shocked and a little teary. “Omg wtf??” she wrote. “This is me hearing about Emmy nom w/ fellow sister @michellekrusiec — my expression is kinda… what?”

She also released a statement to CNN, in which she expressed “tremendous gratitude and joy” for her nomination. “I am thrilled for Phoebe Waller Bridge’s nomination and for the entire cast/crew of Killing Eve,” she said. “I share this moment with my community. PS. I think my mother at this moment may actually be satisfied.”

This is the sixth Emmy nomination for Oh, who was nominated five times for Outstanding Supporting Actress in a Drama Series for her role as Cristina Yang on Grey’s Anatomy.

Naturally, she faces some stiff competition in the lead actress category — Claire Foy (The Crown), Elisabeth Moss (The Handmaid’s Tale), Keri Russell (The Americans), Evan Rachel Wood (Westworld), and Tatiana Maslany (Orphan Black) are also up for the award. But the nomination itself is cause for celebration, given the lack of representation for performers of Asian descent in Hollywood.

Oh isn’t the only one to make Emmys history in recent years. In 2016, Riz Ahmed became the first male star of Asian descent to win an acting Emmy when he took home Outstanding Lead Actor in a Limited Series for The Night Of. And before that, Archie Panjabi won the 2010 Emmy for Outstanding Supporting Actress in a Drama for her role on The Good Wife, which gave her the honor of being the first performer of Asian descent to win an Emmy in any category for acting.

What do you think about Sandra Oh’s history-making Emmy nomination? Let us know @BritandCo!

Desiree O
Desirée O is a ‘Professional Bohemian’ who loves anything and everything related to the arts, entertainment, and pop culture. She ADORES being a ‘Newsy’ for Brit + Co, covering all of the latest tidbits of awesomeness that you want to read about. When she’s not writing, she’s either making messy art, going on long adventurous walks with her camera, or poking around over at bohemianizm (http://www.bohemianizm.com/). You can find out about Desirée O and her work at http://DesireeO.com/ or follow her on Twitter @DesireeO.
Awards Shows
TV
Awards Shows Emmys TV