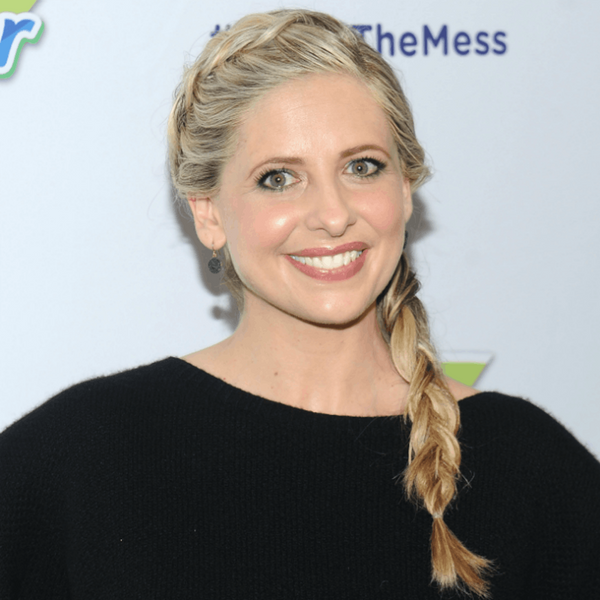 While many women opt to go blonde as summer approaches (or perhaps a trendy blonde/brown cinnamon swirl shade), Sarah Michelle Gellar is taking a darker route. The actress revealed on Instagram that she has gone back to brunette, and captioned her photo, “#brownhairdontcare (actually kind of love it!!) thank you everyone @andylecomptesalon.” Although we love her as a blonde, we’re really digging this rich brunette look.

So what prompted the dramatic change? Last week, Gellar announced that she will be returning to her famous role as Kathryn Merteuil in NBC’s Cruel Intentions TV spinoff, and if you recall from all the times you obsessively watched this ’90s movie, the evil Kathryn had dark locks.

Gellar also teased us with an Instagram pic of the Cruel Intentions pilot script with the caption, “How I am spending the 17 anniversary of the release of #cruelintentions #crueltv.” Has it really been 17 years? It seems like just yesterday we were drooling over Ryan Phillipe.

Do you like Sarah Michelle Gellar better as a brunette or a blonde? Let us know @BritandCo.