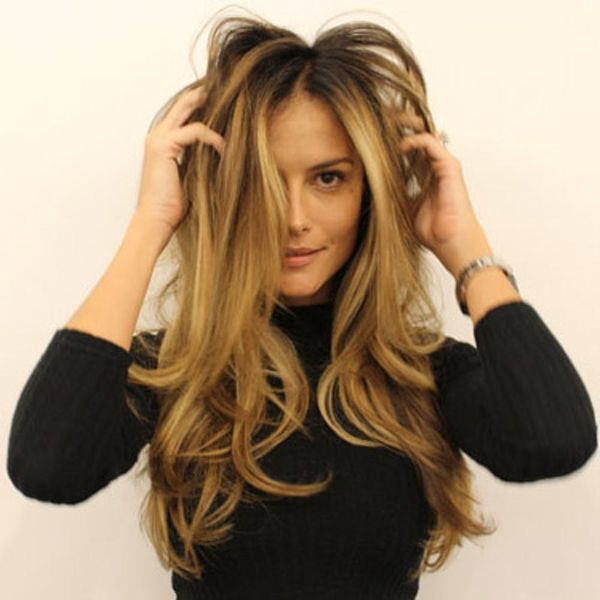 Have you ever been chowing down on a cinnamon roll and thought to yourself, “Damn, this would make a killer hair color.” I mean, it worked with PSL hair didn’t it? If the thought has crossed your mind, take comfort in knowing you’re not alone. In fact, there’s even a term for it now. Introducing: Cinnamon swirl hair.

Characterized by warm shades of honey, nutmeg and cinnamon this multidimensional shade magically blurs the line between brunette and blonde. Think of it as a slightly more intricate version of the bronde hair color Blake Lively was loving during the summer. The rich, vibrant tones help to warm up her skin tone while the hand painted pieces contour her face (hair contouring is a real thing, you guys).

The look was coined by Ryan Pearl of New York City’s Cutler Salon. Pearl tells Mane Addicts, “The color was done in a normal single process and I hand painted brighter bits in foil to give it a multidimensional look,” If you want this look ASAP, Pearl suggests telling your colorist “to use two different glazes [to] give this look reflection and different tones of blonde – think the color of cinnamon mixed into your favorite latte.” Um, is it normal for a hair color to make us start craving a sugary snack? Either way, we’re in.

What crazy hair color trend have you tried? Share and show us how it turned out on Twitter @britandco.