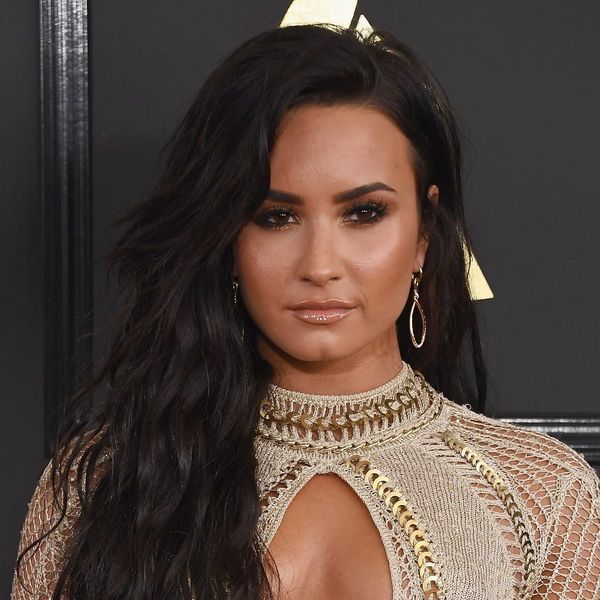 It’s been a minute since we’ve seen Demi Lovato (who had an uber-awkward run-in with Miley Cyrus a few weeks back) playing the role of the doting GF — since last June, to be exact, when she called it quits with her BF of nearly six years, Wilmer Valderrama.

Now, she’s got a new man in her life, but while they’re adorable AF together, it seems she hasn’t lost an ounce of that inner strength she likely gained during her time as a single lady.

In a new video uploaded to Instagram, the singer can be seen facing off on a Jiu Jitsu mat against the MMA fighter she’s calling her own, Guilherme “Bomba” Vasconcelos. After a quick slap of hands, Demi rushes in for the kill, taking the six-foot athlete down with ease as she tackles him to the floor.

Onlookers can be heard cheering their support in the background, with cries of “Get ‘em!” and “Lock his hip!”

While we’ve got a sneaking suspicion that Guilherme mayyyyyy have given his girl a bit of an advantage, as he doesn’t seem to struggle or fight back, well, at all, we’re still plenty impressed with Demi’s moves — she has some SERIOUS Jiu Jitsu skills going on! She clearly knows it too, as she captions the vid, “When you kick bae’s ass.”

Guilherme clearly doesn’t mind, however, smiling at his woman with pride as he sits up, only to be tackled for a bear hug once more by a beaming Demi.

Are you impressed with Demi’s moves? Share with us @BritandCo.