Demi Lovato and Wilmer Valderrama Just Made a HUGE Announcement 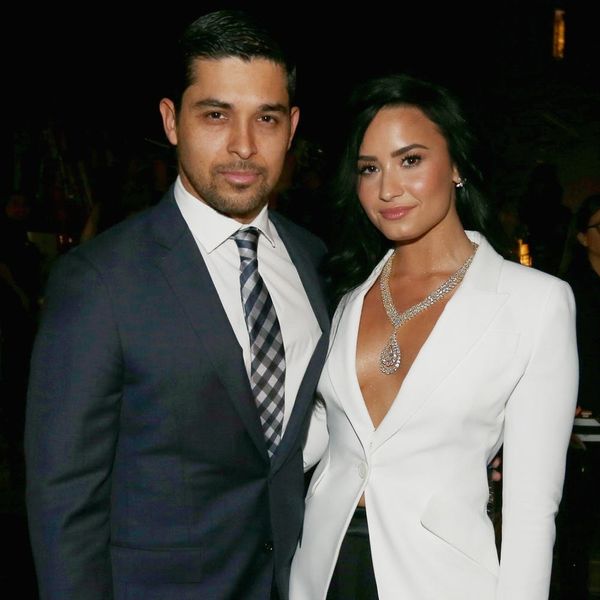 Okayyy, seriously: WTF is going on in Tinsel Town? Is there something in the water? One by one, our favorite celeb couples are seemingly falling like dominoes, and TBH, we’re not sure how much more we can take!

Now, another major duo has thrown their hats into the breakup ring: Demi Lovato and Wilmer Valderrama.

Making a joint announcement late Friday evening via both of their Instagram pages, the couple posted the following statement.

WHOA. We have to say, of all of the recently fallen couples, this one shocked us the most. With Wilmer’s former co-star Topher Grace tying the knot just last weekend, we kinda’ sorta’ thought these two might be next! After all, they’ve been going strong for nearly six years — Demi has even gone as far as to famously say that she wouldn’t be alive without Wilmer after her personal struggles with body image and substance abuse.

Look at how HANDSOME he is... They should've just called it The Wilmer's. I was the LUCKIEST woman in the room Sunday night. In so much love it's stoooopid. 🙈😍🙈

So what the heck gives? Is there perhaps some truth to the theory that celebrities break up all at once to deflect attention from their separation, or was this a freak coincidence? We’re not entirely sure, but what we DO know thus far is that Demi has been having a rough week: The singer also just lost her beloved great-grandmother. Perhaps she needs some time to process?

Regardless of the reason, this is one union we’ll truly mourn — sometimes, love really does stink.

Are you shocked by Demi and Wilmer’s breakup? Tell us @BritandCo!

Nicole Briese
Nicole is the weekend editor for Brit + Co who loves bringing you all the latest buzz. When she's not busy typing away into the wee hours, you can usually find her canoodling with her fur babies, rooting around in a bookstore, or rocking out at a concert of some sort (Guns N' Roses forever!). Check out all her latest musings and past work at nicolebjean.com.
Celebrity Breakups
Relationships
Celebrity Breakups Celebrity Couples love