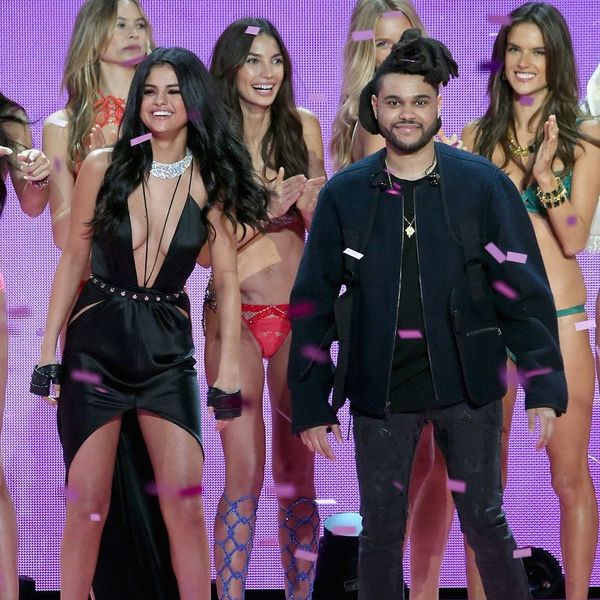 Their super luxe Italian getaway may be over, but things are obviously still sizzling between Selena Gomez and The Weeknd. And while Selena may be working out her feelings for her ex Justin Bieber through her newest song, the Biebs has instead decided to go with some shady snark to address her new relationship.

While Selena and The Weeknd kept relatively low profiles during last night’s Grammy Awards hoopla, the duo both made an appearance at Rihanna’s after-party held at Hollywood’s 1Oak nightclub. Although they arrived separately, the two reportedly spent most of their time together, dancing and cozying up at the VIP table before leaving in the same chauffeured vehicle around 2:45am.

Selena’s former bae, on the other hand, spent the evening with some buddies and chatting with fans via Snapchat. Deciding to fill them in on his “favorite song of the moment,” his answer was a sarcastic, “’Starboy’ by The Weeknd.” As his friends burst out in laughter, Justin called it a night by saying, “We gotta end it now, y’all. Y’all, that was too funny.”

We wonder if Selena agrees.

What do you think about Justin’s, er, joke? Tweet us @BritandCo!

Desiree O
Desirée O is a ‘Professional Bohemian’ who loves anything and everything related to the arts, entertainment, and pop culture. She ADORES being a ‘Newsy’ for Brit + Co, covering all of the latest tidbits of awesomeness that you want to read about. When she’s not writing, she’s either making messy art, going on long adventurous walks with her camera, or poking around over at bohemianizm (http://www.bohemianizm.com/). You can find out about Desirée O and her work at http://DesireeO.com/ or follow her on Twitter @DesireeO.
Grammy Awards
Pop Culture
Grammy Awards