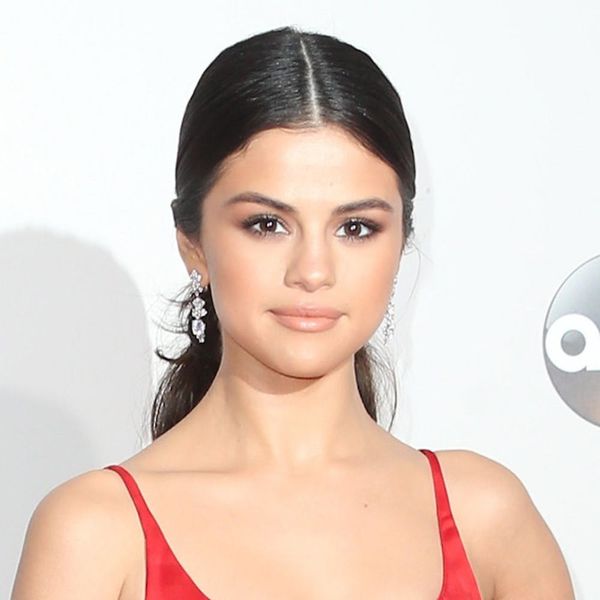 2017 is shaping up to be a massive year for Selena Gomez. She’s slowly getting back to the spotlight after a few months away for anxiety and depression treatment, and her Hiddleswift-esque romance with The Weeknd is just too good to look away from.

And, of course, there’s the music: While no official titles or dates have been announced just yet, we’ve so far seen some sneaky evidence of Selena in the studio, and most recently, Selena teased a snippet of a new song on an Instagram story. As if the first taste of new music wasn’t enough to get people worked up, the lyrics had commenters questioning whether she was singing about her ex, Justin Bieber.

The lyrics in the too-short snippet, which is believed to be produced by Kygo, say, “I had a dream, we were back to 17, summer nights and [libertines?], never growing up.”

The first thing that comes to mind is the “17 lyric,” as Selena was in fact 17 when her and Justin started dating. And just because she’s seemingly happy with someone else now, it doesn’t mean that when she wrote the lyrics she was totally over her previous six-year relationship. Just before Selena’s break last summer, she was still engaging in some social media drama with Justin and his then-gf Sofia Richie, advising Justin to stop posting pictures of his girlfriend if he didn’t want mean comments on his Instagram. And Justin, before he deleted his account, often got personal with #TBTs of the two kissing and cuddling from when they were still a couple. Not exactly the behavior of someone(s) who has totally moved on.

Even as Selena gets more distance from and processes the turbulent young romance, it’s not uncommon or unlikely that her past relationships would still make good creative material. She has said in the past that she’s over talking to the press about it, but that doesn’t mean she can’t write about it herself if she wants to.

Do you think Selena’s new song is about Justin? Let us know over @BritandCo!