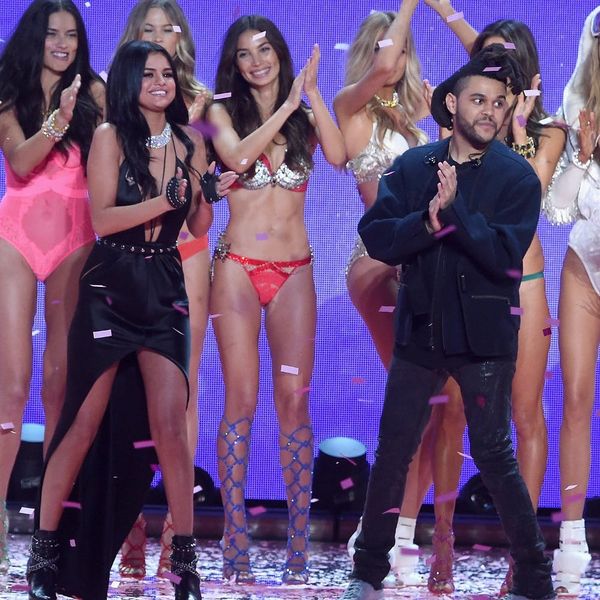 Selena Gomez and The Weeknd may be the new Taylor Swift and Tom Hiddleston, but that doesn’t mean that their PDA-filled Italian vacay was any less luxe. From super snazzy hotel suites to fine-dining, private tours and, natch, a luxe jet to take them across the world, this certainly isn’t a budget-friendly getaway.

The fine folks over at E! broke down the celeb’s potential spending while abroad and came up with an estimated cost that may blow your budget-conscious mind. If you’re thinking anywhere in the area of a few thousand dollars, you’re obviously living in a frugally minded fantasy. If you’ve jumped up all the way to a million, then we definitely want to check out the kind of vacay you’d plan with a seemingly unlimited budget. Bring your guess into the quarter mill area and you’ve hit the mark.

So how exactly are they spending so much cash? Well, their room(s) at the Belmond Villa San Michele alone would cost in the area of $3,000 to $4,000 per night if they opted for a suite. However, if they instead go for the luxe Limonaia Suite, they’ll be billed around $7,000 per night, and if they’d rather the Limonaia Villa, they’ll need to shell out $10,000 per night. They also spent some time at Hotel Gritti Palace, which would add an extra $8,842 per night to their travel costs.

On top of that, the duo have been spotted dining at Trattoria Borgo Antico (approximately $62 for a dinner for two), enjoying a private tour of the Galleria Dell’Academia ($240), and getting around town in a rented limo ($1,500), as well as taking pics during their rides on a private water taxi service ($1,000+ for three days in Venice).

Though this all adds up to a pretty pricey trip already, the major expense is in fact the private jet from LA to Italy and back, which costs a whopping $205,500 for the week.

If this is indeed all a publicity stunt, let’s hope they can write it off — otherwise, this is already a wildly expensive romance.

Are you surprised by how much Selena and The Weeknd’s trip is estimated to cost, or is it pretty much what you’d expect? Tweet us @BritandCo!