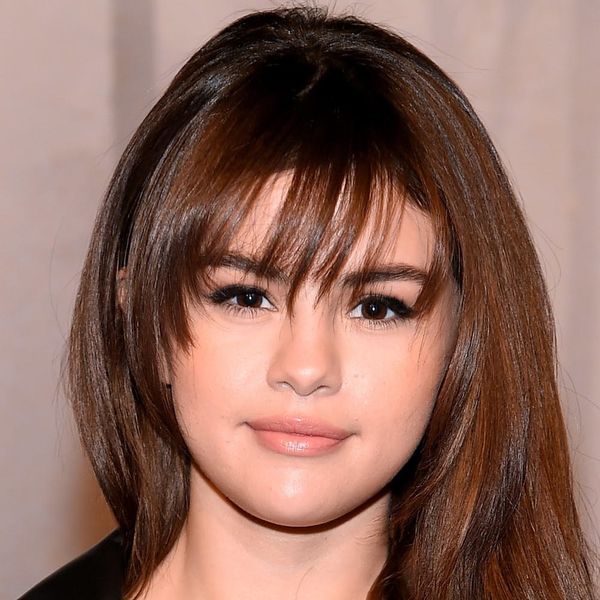 The power of the post-breakup haircut is real! Selena Gomez, who has reportedly cooled things down with beau Justin Bieber for the moment, is stepping out with a brand new hairdo that’s absolutely perfect for spring.

In pictures obtained by Entertainment Tonight, the “Wolves” singer, who was reportedly en route to lunch with a gal pal at Nobu, can be seen donning oversized jeans, a pink tube top, a nude cardigan, and what appears to be her shortest hairstyle yet in the form of a bob that hit just below her chin.

Though we’ve seen the 25-year-old sporting a similar look around the same time last year, it turned out to be faux, with the 13 Reasons Why executive producer later revealing that she was merely playing around with a wig.

Gomez has neither confirmed nor denied this latest chop, but she certainly wouldn’t be the first celeb to make a bold tress move following a split: stars such as Halle Berry, Katy Perry, and Naya Rivera have been switching up their strands after major breakups for years.

Either way, we’re LOVING the fresh style on our girl: Looking good, Sel!

What do you think of Selena’s new look? Share with us over @BritandCo.

Nicole Briese
Nicole is the weekend editor for Brit + Co who loves bringing you all the latest buzz. When she's not busy typing away into the wee hours, you can usually find her canoodling with her fur babies, rooting around in a bookstore, or rocking out at a concert of some sort (Guns N' Roses forever!). Check out all her latest musings and past work at nicolebjean.com.
Celebrity Hair
Hair
Celebrity Hair Haircuts Selena Gomez
More From Hair