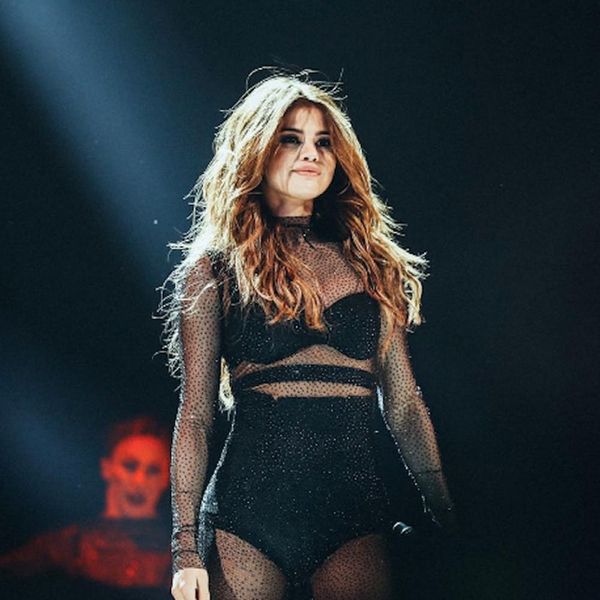 From an emotional return to stage to an impulsive show cancellation, here are six of today’s top news stories to start your morning.

Congrats, @selenagomez! 🎉 Here she is with a sweet message when accepting the #AMAs for Favorite Female Artist- Pop/Rock! pic.twitter.com/JCeE9IijDU

1. Last night marked Selena Gomez’ return to the stage after cancelling her world tour to seek treatment for her anxiety and depression back in the summer. Winning the AMA for Favorite Female Artist was a big moment for her (and for her bestie Taylor, who was screaming her head off about it), and her acceptance speech was so composed and empowering and beautiful and there’s no way you won’t cry reading it. Check it out:

Thank you guys so much. In 2014, this stage was actually the first time that I was authentically, 100-percent honest with all of you. I think it’s safe to say that most of you know a lot of my life, whether I liked it or not. And I had to stop. Because I had everything and I was absolutely broken inside. And I kept it all together enough to never let you down, but I kept too much together, to where I let myself down. I don’t want to see your bodies on Instagram. I want to see what’s in here [taps chest]. I’m not trying to get validation, nor do I need it anymore. All I can say from the bottom of my heart is that I’m so grateful to have the opportunity to be able to share what I love every single day with people that I love. And I have to say thank you so much to my fans because you guys are so damn loyal and I don’t know what I did to deserve you. But if you are broken, you do not have to stay broken. And if you have respect for me or not, that’s one thing you should know about me, is I care about people. And thank you so much for this. This is for you. Thank you.

#BREAKING Kanye West concert in LA tonight cancelled. This after he ended the Sacramento show in 30 minutes. #SaintPabloTour pic.twitter.com/UmDJA72PUQ

2. WTF is going on with Kanye West RN? One day after he ranted about, well, everything, then abruptly ended a concert, leading Twitter to start a #KanyeIsOverParty, Kanye is at it again. Last night he cancelled his LA concert just hours before it was set to begin, all the while posting 100 grainy (what appears to be) Margiela catalogue pictures. (The Beyhive is responding to his comments about Beyonce at the other night’s show by commenting with bee and lemon emoji, as they do.) Rumors started flying that Kanye had actually nixed the entire rest of the tour, though this has yet to be confirmed by Kanye. U okay, Ye?

My family sat down for our first interview post-election with @60minutes. Tune in at 7pm EST to watch!

3. Melania and Barron Trump are apparently not going to move into the White House. The New York Post is reporting that Donald Trump’s wife and son will stay at Trump Tower in NYC so that Barron can finish his school year there. “The campaign has been difficult for Barron, and she is really hoping to keep disruption to a minimum,” a source said. Security at Trump Tower will reportedly be beefed up big time to accommodate the living arrangements.

No KKK, No fascist USA, No Trump! pic.twitter.com/Lv2pRgOJJX

4. ’90s punks Green Day surprised everyone with an outspoken Trump protest song at the AMAs last night. Green Day proved they still had some punk in them by using their AMAs performance to speak out against Donald Trump, chanting “No Trump, no KKK, no fascist USA,” at one point in the performance. You may remember the band’s 2004 album American Idiot, which was a criticism of George W. Bush’s presidency.

5. Drake lip syncing to Taylor Swift at the gym is EVERYTHING. In Apple’s latest commercial, Drake is seen getting in a gym workout, all while intensely singing along to “Bad Blood” in the mirror. He’s paying his respects to Tay’s commercial where she was singing “Jumpman” on the treadmill, and it is EXACTLY what we need to start this week off right.

6. Quote of the day: “The secret of getting ahead is getting started.” Mark Twain starts off our #MondayMotivation right.

What (besides that Drake vid) has you motivated today? Let us know over @BritandCo.