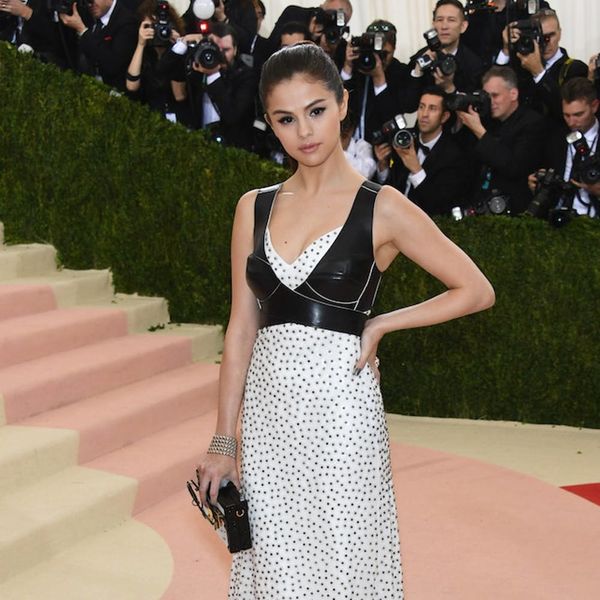 Things certainly seem to be going well for Selena Gomez and The Weeknd. The lovebirds traipsed through Italy on a romantic getaway, and recently displayed some major PDA in Paris. And over the weekend, Gomez posted a pic on her Instagram of herself hanging out with some pals wearing a red hoodie that looked suspiciously familiar.

In the photo, Gomez is sitting in the studio with friends singer/songwriters Julia Michaels and Justin Tranter, and while the caption doesn’t mention anything about her new boyfriend, you could say that she’s wearing her heart on her sleeve ;)

The oversized red and black Supreme x Champion hoodie she’s sporting belongs to The Weeknd, who’s on the road for his Starboy: The Legend of the Fall tour. Raise your hand if you’ve ever stolen a hoodie or article of clothing from your boo while he/she is gone because it smells like ’em. Guilty. So guilty.

The “Starboy” singer also noticed his gf’s new threads, commenting under the photo: “Sweater” with the eye-roll emoji. Aw…

What do you think of Gomez’s latest look? Tweet us @BritandCo!

Channing Hargrove
Channing Hargrove is a freelance fashion editor and writer in New York City. When she isn’t writing about clothing (or shopping, for research, of course), Channing is writing about life in a tiny studio apartment in a big city — and what she’s wearing — on her blog, Channing in the City.
Celebrity Style
Celeb Style
Celebrity Style love
More From Celeb Style