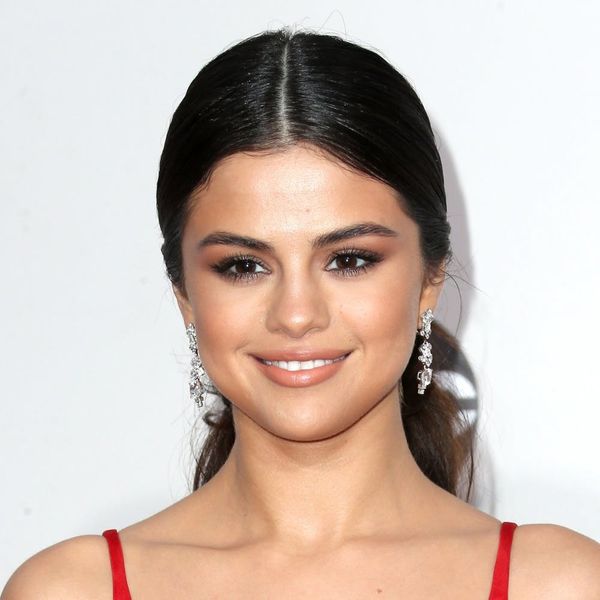 Between Emma Roberts’ new smokey quartz locks and Cara Delevingne’s new badass definition of silver platinum, we thought our spring hair color palette had already been pretty well defined. But that was before we got a glimpse of what appears to be Selena Gomez’s latest hue.

While some would call it pink and others more of a purple, it’s a dark brown version of rose gold known as chocolate mauve Gomez looks to be rocking in the video that was leaked to Twitter of her jamming out to Nicki Minaj’s “No Frauds” (AKA the latest developing track in Minaj’s seemingly never-ending feud with Remy Ma).

Whatever you want to call it, however, this color? Is FIERCE AF. In fact, it’s basically the next big thing. Don’t believe us? Just take a quick peek at all the variations of it popping up under the #chocolatemauve hashtag over on Insta. It girls everywhere are loving this shade, and it’s easy to see why, as it’s still dark enough to maintain brunette bombshell status, albeit with some SERIOUS edge.

Leave it to Gomez to be on the cutting edge of a hair trend. So far, this vid is all we have to go off of, but we’ll be eagerly awaiting more pics on social media for a better look of this insanely cool ‘do. In the meantime, check out these stills MTV offered up below.

What do you think of Selena’s new look? Share with us @BritandCo.