Is The Weeknd’s New Music Video Secretly All About Bella Hadid? 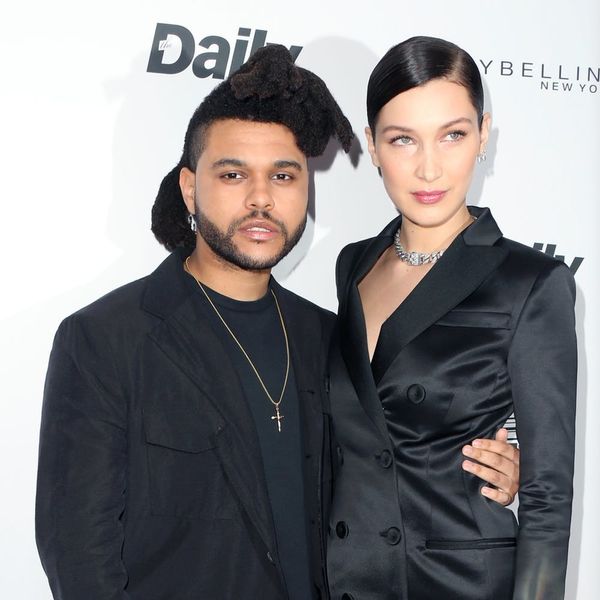 It’s been months since The Weeknd and Bella Hadid called it quits, and yet, many are wondering if the R&B mogul hasn’t just pulled a Calvin Harris by making his latest video for “I Feel It Coming” all about his ex. The vid, which sees the Canadian superstar, a love interest who looks an awful lot like Hadid, and Daft Punk venturing to a faraway planet, is definitely raising some brows.

Although the single itself (which talks about being ready for a serious relationship) doesn’t seem to feature any reference to The Weeknd’s relationship with Hadid lyrically, The Daily Mail was quick to point out the resemblance between the girl featured on the song’s promo poster and the supermodel.

The Japanese model/actress Kiko Mizuhara who plays the love interest in the clip doesn’t bear a whole lot of resemblance to Hadid in real life, but the similarities between her and The Weeknd’s former flame in both the shot above and in the full-length video below are uncanny.

What’s more, at the end of the clip, The Weeknd (who is now dating Selena Gomez) watches as Mizuhara’s character is turned to stone and eventually crumbles (perhaps symbolizing the end of a seemingly romantic and perfect relationship?). Hmm!

The Weeknd is definitely sending Bella Hadid a message with his latest music video: https://t.co/fQnYVKxQue? pic.twitter.com/OGEz0wAaqS

One can’t help but wonder: Could the scene be referencing the end of The Weeknd’s love for Hadid? Given the shade she threw following news of her ex hooking up with her sister Gigi Hadid’s own squad member, it wouldn’t be all that surprising for him to fire back. Now, we wonder how (and if) the 20-year-old model (who recently told Teen Vogue that “love hurts, but you have to pull through”) will respond.

Do you think The Weeknd’s new video is referencing Bella Hadid? Tweet us @BritandCo.