These Women Are the Reason the “Skinny Repeal” Bill Was Defeated 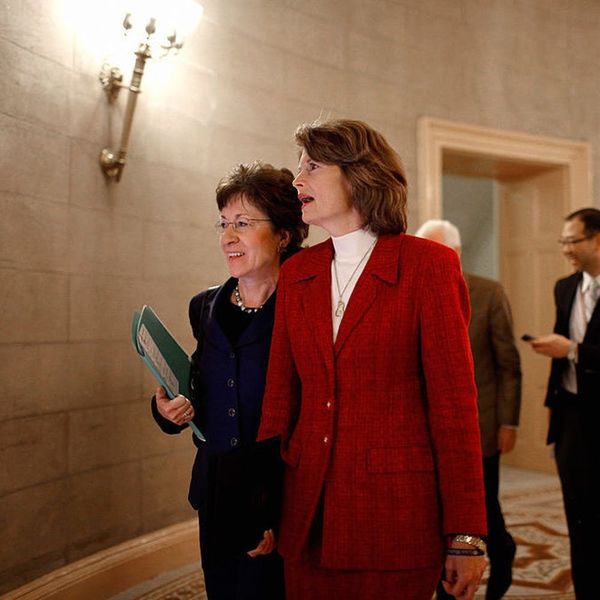 Early Friday, the Senate voted on their last-ditch attempt to repeal or replace Obamacare after an uncertain week that started with no one in the Senate even knowing what they would be voting on. This most recent iteration, called a “skinny repeal,” was a bare-bones plan to repeal the ACA without having anything in place to fill the void, leaving millions of Americans without any health insurance. And while many are crediting Arizona Senator John McCain for killing the bill, we should in fact be thanking Republican Senators Lisa Murkowski and Susan Collins for the months of work they did to help stop the repeal.

Along with Senator Shelley Moore Capito, Murkowski and Collins have been vocal about the lack of foresight their party has had in their attempts to kill Obamacare. Some have argued that without the work of these three senators leading up to the dramatic vote Friday, the bill would have stood as it was presented.

Over the course of the repeal or replace effort, Murkowski and Collins have questioned exactly how each could work. The senators were not invited to any working groups during the GOP’s initial planning stages, but Collins created her own working group with senators from both parties in the hopes that their discoveries would lead to a better way to administer health care.

The skinny repeal vote ultimately failed in the Senate today, with Murkowski, Collins, and McCain voting against it (and their party) alongside every Democratic senator in attendance. (Final tally: 49 in favor, 51 opposed.)

So why is McCain getting so much more attention than his female colleagues? After being diagnosed with brain cancer, the senator raced back from his home state to initially vote in favor of the motion to proceed on a GOP health care bill. That motion passed, but McCain said afterward that he wanted to make changes, and would not vote on the bill in its current state.

Even so, his “no” vote on the skinny repeal was somewhat unexpected. But without Murkowski’s and Collins’ votes (and months of work against the repeal), McCain’s vote would not have mattered. And while many headlines have focused on his role in sinking the repeal, people have taken note of the fact that he’s getting the glory for the work his female colleagues put in.

Giving McCain the credit for defeating this repeal when female Senators Murkowski & Collins were early NOs is EVERY WORK MEETING EVER.

Thanks to McCain for living up to your "maverick" legacy,
but let's not forget:

Murkowski and Collins have been here for us the whole time. pic.twitter.com/YvNdpupboW

McCain came around. But it was Collins and Murkowski who had the guts throughout.

Murkowski and Collins did the same job as McCain, facing twice the hostility for half the credit

With the President arguing that the failure to pass the skinny repeal will end up destroying Obamacare anyway, it remains to be seen what the GOP’s next steps will be in their attempts to gut the current health care system.

Have you been following the healthcare debates? Tell us @BritandCo!