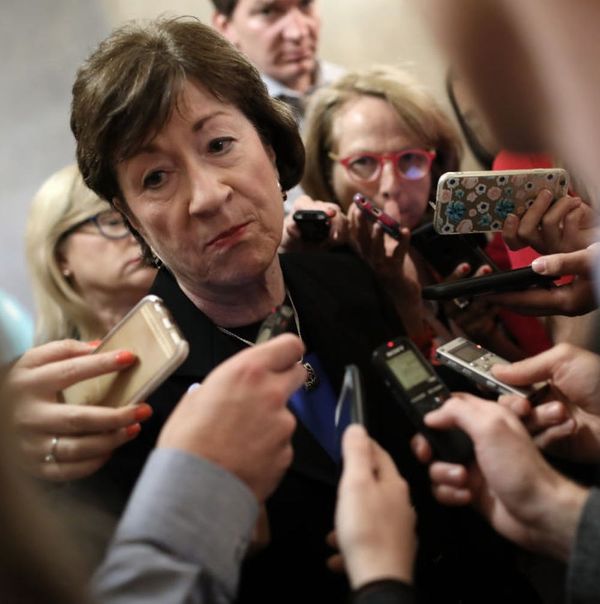 And just like that, any attempt to repeal the Affordable Care Act (AKA Obamacare) is dead in the water, thanks to three Republican senators. After a whirlwind of health care planning, a final attempt to repeal without a replacement for Obamacare is finished because the committee tasked with organizing the plan ignored the only three female Senators in the party, destroying its own bill in the process.

Sens. Susan Collins (R-ME), Shelley Moore Capito (R-WV), and Lisa Murkowski (R-Alaska) all announced yesterday that they would not vote in favor of the Senate-recommended bill OR a plan to completely scrap Obamacare with no actual replacement solidified.

It’s interesting to see that these three senators, after being roundly ignored by their colleagues, were able to take a strong enough stance against the House and their party. Senator Collins created her own working group, reaching across the aisle to work with Democrats and Republicans alike in order to help keep coverage for the millions of working Americans who depend on the ACA daily.

Senator Capito was, on occasion, asked to join the woman-free working group of 13 senators doing the planning for a new health care bill. This is because Medicaid is in great need in her home state of West Virginia, which is one of the states most dramatically affected by the current opioid epidemic and has the highest overdose death rate in the country.

“I did not come to Washington to hurt people,” Senator Capito said in a statement yesterday. “I have serious concerns about how we continue to provide affordable care to those who have benefited from West Virginia’s decision to expand Medicaid, especially in light of the growing opioid crisis.”

For his part, President Trump is ready to move past health care altogether, saying, “Let Obamacare fail, it will be a lot easier.”

Would you have been affected by the repeal of Obamacare? Tell us @BritandCo!

Kat Armstrong
Kat has been a writer, social media maven and mom for longer than she's willing to admit. She's also spent time in front of and behind the camera, interviewing celebs, politicians and acting as a producer for fashion and artistic photography shoots. When she isn't writing for various orgs and publications, she's hanging with her kids, husband and French Bulldog, Peter, in Toronto, Canada.
Womens Health
Politics
Womens Health
More From Politics