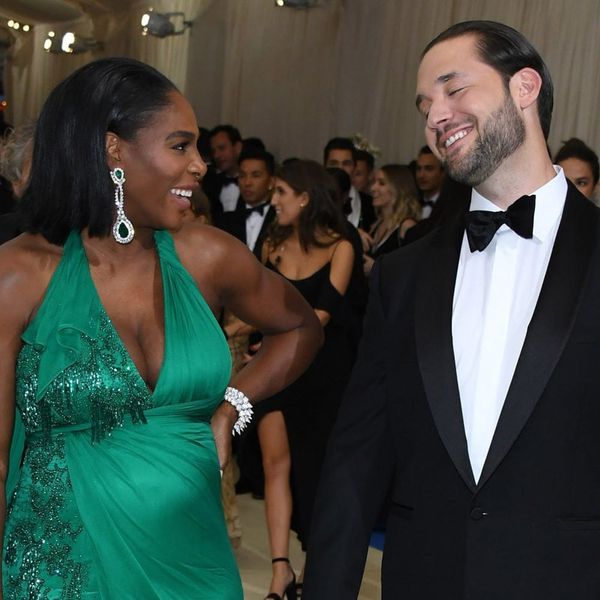 Ever since Serena Williams announced her engagement to Alexis Ohanian, the co-founder of Reddit, we’ve been intrigued by the couple, especially because we don’t know much about them. Now that their due date is just a few months away, Williams and her fiancé are opening up about their big plans.

Dressed for the Met Gala in Versace, the tennis icon talked to Vogue contributing editor André Leon Talley, about impending motherhood. After the couple said they’re feeling “really good” about the baby on board, André asked the pair, “Do you know what it is? Do you know if it’s a boy or a girl yet?” Williams coyly responded, “We’re waiting. [It’s] a surprise! We call it ‘baby.'”

That’s not the only mystery for the couple. Alexis is currently based in San Francisco, but where they’ll raise their family is “the question of the hour,” according to Serena. “I couldn’t be stuck in a more beautiful place,” she added.

Alexis and Serena have plenty of decisions to make before their baby arrives, but there’s no doubt this power couple will make it work. As for us, we’ll be waiting patiently for photos of their adorable baby to arrive.