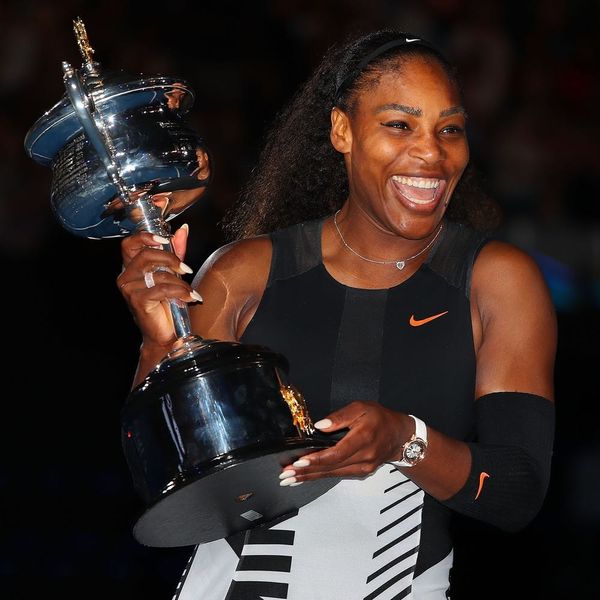 Serena Williams’ baby girl was a force to be reckoned with even before she made her big arrival earlier this month. Since her birth, we’ve been fawning over every adorable detail about her, including her unique name. But there’s even more to the moniker than we first noticed.

Alexis Olympia Ohanian Jr. was obviously named after her father, Reddit co-founder Alexis Ohanian, and the Jr. is a cute nod to the fact that she’s the second Ohanian with that name. We can’t say for certain why Williams and her fiancé chose Olympia, but it’s probably not a coincidence that it’s the name of the site in Greece where the Olympic Games were held way back in classical times. It’s perfect for the daughter of an athlete who has won four Olympic gold medals.

It turns out, though, that the name is significant for another reason too. And we’re LOVING the added detail that Williams just revealed via Twitter.

“Fun fact my daughters initials are AO,” the 36-year-old tennis superstar wrote on Twitter, adding, “as in the Aussie open she won with me @AustralianOpen.”

For anyone who’s forgotten, Williams revealed (after the fact) that she was eight weeks pregnant when she won the Australian Open in January. So it’s fitting that her baby girl’s name somehow commemorates that epic feat.

Whether this was intentional or not, it’s super cute. And fans clearly agree.

I did not notice that!!! I did not think you and your family could be more adorable. I also cannot wait to see you back in action. 👶🏽🎾🍼🏆❤️

This is hands down, the best tweet I read today …So cute :)

So you're saying you will both defend the title next year? I'm ready for another #doubleact 🤣👌🏽 pic.twitter.com/Mx1EQFRAt1

Does your name have any special significance to your family? Let us know @BritandCo!