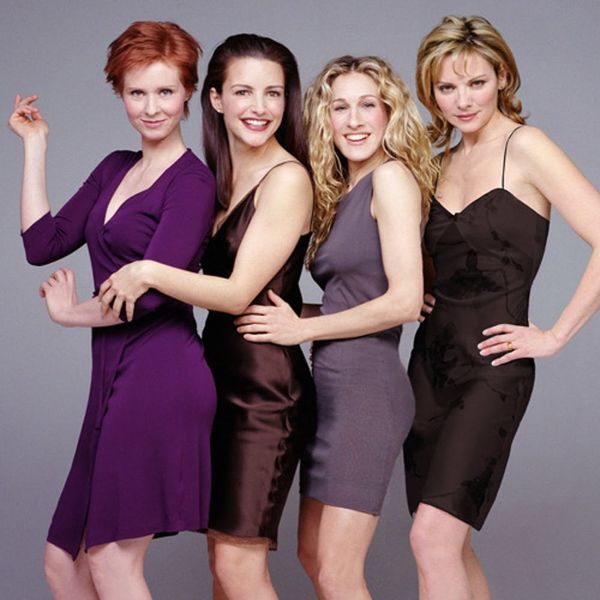 The political rumor generator and the celebrity gossip mill have teamed up this week to suggest the possibility of former Sex and the City star Cynthia Nixon running against current New York governor Andrew Cuomo in the state’s next election in 2018.

We know, we know. You’ve got every right to think that celebrity + politics = a negative integer somewhere in the range of -37 to -323.1 million, but hear us out. The political door is already wide open to famous people — now that literally anyone (thanks, Mark Burnett) can run for and be elected to the highest offices in the land, why not someone from a show that was actually good?

Donald Trump played a successful business man on TV, Nixon played a successful lawyer. Nixon was the woman who made working mothers everywhere feel like someone totally gets them when her character said: “Sometimes being a mother just isn’t enough. I miss my job.” Trump screamed: “You’re fired!” (a lot).

Not only was Cynthia Nixon’s Sex and the City character the only one who didn’t devolve into a complete cliché when HBO made the terrible mistake of greenlighting not one but two SATC movies, but out of the four BFFs, her hardworking, zero-chill lawyer character was by far the most qualified to run for office. (Though we’re sure Charlotte would have been really great at running a super PAC.)

Here’s the other thing: Nixon has some real, actual thoughts about issues like taxation, funding for education, and social justice.

“The public school system is so broken in New York State,” she recently told US Weekly. “We’re 49th in terms of equality in school funding — out of the country, 49th! That’s because of the way schools are funded… lawsuits have all found that children in the lowest paid districts cannot possibly get a sound basic education, so we need to have a minimum that people think is reasonable.”

As an advocate for LGBTQ+ rights, Nixon said this at a rally last winter: “We need to come out not just as queer, but as people who know all too well what it feels like to be put in a box that says ‘other,’ less than,’ ‘easy target if you’re looking for someone to bully, harass, discriminate against, demonise, beat up, even kill.’”

And on the topic of “fake news” (one of President Trump’s favorite subjects to TWEET ABOUT IN ALL CAPS), Nixon says: “We all have to come together to agree on some truths and those have to be: What our country is doing, what we think is right and what is not okay.”

Would you cast your vote for a celebrity candidate in future elections? Let us know on Twitter!

Corrina Allen
Corrina Allen is a film + television + travel writer from Toronto. Her journalistic goals include a backstage interview with David Byrne, the fictional character she identifies most closely with is John Wick, and her favorite dead person is Vladimir Nabokov. She never, ever Instagrams photos of her food (just her dog).
LGBTQ
Politics
LGBTQ Politics
More From Politics