Your “Sex and the City” Character, According to Your Zodiac Sign 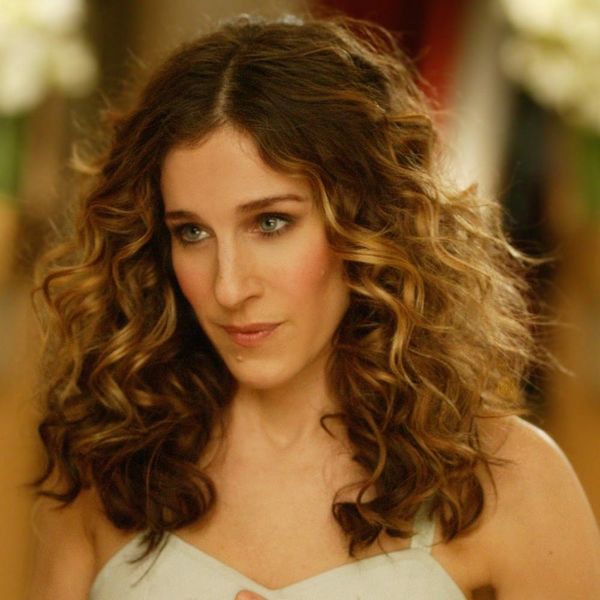 Maybe you’re old enough to remember watching Sex and the City with your crew on Sunday nights. Or maybe you’re still going to college in the city and the younger version of Carrie Bradshaw in the Carrie Diaries is your spiritual guide. Either way, if you’re a woman alive today, we’re willing to bet you’ve told at least one of your friends that they’re “totally a Miranda.” The women (and men) of this iconic show have become modern archetypes, with each character representing some specific set of traits we love to ascribe to. So we couldn’t help but wonder — who is our Sex and the City astrological soulmate?

Mr. Big: Confident, motivated, independent — are you the perfect mix of Mr. Big’s best traits, Aries? Abso-freaking-lutely. You’re both imbued with an entrepreneurial spirit, fearlessly making life changes without so much as a phone call to your ex-love before moving across the country (okay, maybe you could work on that part). You’re impulsive, passionate people who have a youthfulness about you that makes you hard to resist (and if anyone knows that to be true, it’s Carrie Bradshaw).

Steve Brady: Dear, sweet Steve. All he ever wanted was a Brooklyn brownstone, his bar, and Miranda and Brady by his side. A true Taurus, if there ever was one. You share Steve’s homebody tendencies and have always been the practical, patient one in your relationships. And while you both have a stubborn streak, it’s merely an extension of your reliability — once you commit to something, you fully commit (even if you do slip up on occasion).

Jack Berger: Remember Carrie telling the girls how on she and Berger were on their first dates? Cruising through conversations feeling so animated and engaged that even those sitting nearby noticed their connection? That’s how we feel about you, Gemini. You’re a natural conversationalist, enthusiastic to chat about an extensive range of topics. You and Berger lead with your mind — both well-read, curious beings. However, the trouble is you both can get stuck circulating through some seriously destructive thought patterns if you’re not being constantly stimulated.

Aidan Shaw: Honestly, Aidan Shaw’s biggest flaw as Carrie’s boyfriend was loving her too much — sound familiar, Cancer? You and Aidan are both highly sensitive creatures who are loyal to those you love (sometimes to a fault). You crave comfort and stability and can become moody and suspicious if you feel those things are threatened. You’re also both imaginative people who need an artistic outlet, whether it’s writing, reading, art, or, you guessed it — furniture design.

Carrie Bradshaw: The planets may revolve around the sun, but everyone in your orbit revolves around you, Leo. Same goes for Carrie and her inner circle (it was her show, after all). You both would rather shop for pretty things and hang with your friends than face an unpleasant reality — it’s just that you think life should be fun! You and Carrie crave attention and, yes, can be a little self-involved. With that said, your shared fierce loyalty, generous nature, and warmhearted enthusiasm more than make up for that occasional self-centeredness.

Charlotte York Goldenblatt: You’re kind, thoughtful and would rather die than have someone think you were being rude to them. Yes, you and Charlotte are two sweet peas in a pod, Virgo. Whether she’s redecorating her penthouse, volunteering as a guide for the blind, or attending yet another black-tie affair, Charlotte is driven by a desire to help others, just like every Virgo we know. Of course, this comes with a healthy dose of perfectionism too — you both have high standards and will work your butts off to see them through. Plus, neither of you functions well in chaos, internal or external, and your strict organizational standards are soothing to your sometimes overly critical mind.

Harry Goldenblatt: Libras are exceptional lawyers, with their inherent sense of right versus wrong and keen diplomacy skills. And right from the start, Harry proves himself to not be just an exceptional lawyer (take that, Bunny!), but a man of character and conviction. His devotion to Charlotte, gentleness with Lily, and acceptance of his wife’s friends mirror your own fair-mindedness, Libra. And while it’s true you take your justice-seeking seriously, you’re both also super charming with an easy affability that means you’ve never met a stranger.

Samantha Jones: Not since chocolate and Champagne has there been more of a provocative pairing than you and Samantha Jones, Scorpio. You’re both assertive, sensual people who live for new experiences and passionate physicality. You’re incredibly loyal to your friends and lovers, which can sometimes manifest itself as jealousy (though anyone who tries to tell you who to talk to better watch out). There’s a fiery independence that imbues your decision making which makes you both natural leaders (“Thank you for calling Samantha Jones PR, how may I help you?”). Basically, you both kick ass and do it all with cool confidence.

Smith Jerrod: As the resident globe trotter of the zodiac, you totally relate to Smith Jerrod’s nomadic existence as an actor, always on set in exotic locales. You’re both easygoing, with a sharp sense of humor and a generous spirit — it just feels good to be around you! Indeed, you’ve got more positive energy than anyone we know and you prefer to surround yourself with similarly enthusiastic people to keep those good vibes up.

Miranda Hobbes:We should all be Mirandas, but only you truly embody her best qualities, Cap. From her major win at becoming the first female partner at her law firm, to her fierce loyalty to her son, Miranda has her priorities straight. Oh yes, you’re ambitious, hard workers with the kind of self-discipline most people dream of. Just don’t forget to have fun once in awhile too — you’re notorious for being the “serious one” but absolutely deserve a break now and then!

Stanford Blatch: You live your life exactly the way you want to, Aquarius — just like Stanford Blatch. From his seriously original outfits to his optimistic attitude, Stanford exudes an eccentric energy that we can’t help but love. We’re sure this all sounds quite familiar, since you, too, have an independent, go-your-own-way mindset that means life is never dull. The both of you simply have free spirits and a heart of gold.

Aleksandr Petrovsky: We’re talking strictly pre-Paris here, of course, Pisces. It’s just that you’re both so artistic, with a romanticized, head-in-the-clouds outlook on life. You’re some of the smartest people we know and lead with your intuition. With all that feeling, you’re both bound to get a little down. But we totally get that you have a hard time handling criticism and need to surround yourself with beauty to keep your spirits up.

Now that you know your SATC zodiac match, we’re curious — who’s your SATC style twin? Tweet us @BritandCo and let us know!