How Carrie Bradshaw in ‘The Carrie Diaries’ Became My Spiritual Mentor 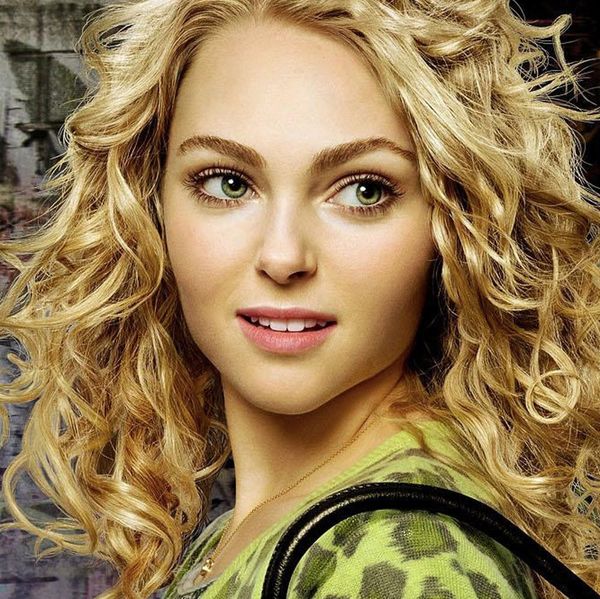 As I ventured into my first day of college nearly three years ago, nerves filled each inch of my anxiety-stricken body. I knew college would be much more than just an educational experience: I’d be making new friends, joining the “real world,” and figuring out who I truly was. College was a time where I was supposed to discover myself and my passions and, somehow, figure out how to survive in this crazy, ever-changing world.

Thankfully, with the help of one of my role models, I felt prepared to tackle any obstacle that stood in my way. That role model? None other than Carrie Bradshaw.

At one point or another, many writers are likely asked some version the same question: “So, you’re kind of like Carrie Bradshaw, right?” And although many may answer along the lines of “not really” or, plain and simply, “no,” I always answer with a firm “exactly,” because Carrie Bradshaw guided me through college and helped me discover who I am today.

To clarify, I’m talking about Carrie from The Carrie Diaries, not Sex and the City, the difference being that in The Carrie Diaries, our beloved gal is still in high school, trying to find a way out of Connecticut and into the hustle and bustle of New York City.

At the start of the Sex and the City prequel, Carrie is preparing to return to school following the death of her mother. It’s, understandably, an incredibly difficult time for her. To try and revive her trademark joie de vivre, Carrie’s father gets her an internship in New York City that allows her to work in a law office once a week. Carrie is incredibly grateful and loves the internship, but eventually, she decides to ditch a career in law for a position at Interview magazine.

Before the start of my freshman year of college, I was a mess. I had no friends, no close relationships, and no idea who I was or what I wanted from life. To top it all off, I’d just had my heart broken for the first time. It was then, at my lowest point, that I discovered The Carrie Diaries.

Much like Carrie, I was studying law in college — not because I wanted to, but because I really had no idea what career was right for me. But Carrie’s motivation and determination inspired me, and soon, I let her be my guide.

I’ve learned countless lessons from teenage Carrie Bradshaw, but the main one is to never let anything, anyone, or any negativity stand in your way.

The series starts off with Carrie discovering that her sister has spilled nail polish on their mother’s purse, one of the only items of her mother’s she still has to hold onto. In a stroke of brilliance, Carrie uses nail polish to turn the destroyed purse into a fashion masterpiece. Venturing through NYC the following day, that purse is what gets Carrie in the door at the magazine and changes her entire life.

As the series progresses, Carrie begins to see more and more how much she loves the magazine industry. Hiding it from her father, she leaves her law internship and officially begins working at Interview. From there, Carrie works her butt off to prove her worth. Unfortunately, soon enough, her father finds out and forbids her from setting foot back in NYC.

Here’s what I can’t get enough of: her determination. Although she respects her father, she tells him that he can’t stop her from loving the city, loving the industry, and becoming her own woman. This was a huge lesson for me.

Carrie showed me to never let anyone stop you from doing what you love. Since I was a young child, I longed to live in New York City. Growing up, however, I was told time and time again that it was an impossible dream. And when I decided that a career as a writer was the one for me, many expressed doubt in both my skill and my work ethic. Carrie showed me that I could prove them wrong, and prove them wrong I did.

Carrie’s determination is not only applicable to those like me, but to all women. Let’s face it: Many industries and workplaces are riddled with sexism and people underestimating how strong and powerful women are. Young Carrie Bradshaw is a young feminist, constantly defying the norm and proving that talent favors no gender.

As I enter my senior year of college in the upcoming week, I’ve taken some time to look back and see how profound of an impact Carrie has had on me. Whether it was proving the haters wrong, refusing to hide who I am, being as bold and exuberant as possible, or even just deciding upon which outfit to wear, Carrie shined a light on each decision I made. Now, as I prepare to enter this last phase of my college career, I am equipped with Carrie’s strength, determination, and motivation, ready to slay my last few semesters of schooling and strut my way onto the streets of New York City.

It doesn’t matter whether you work as a writer, a lawyer, a chef, a businessperson, or in another field: Carrie Bradshaw is a role model for any woman, man, or person looking to be bold, be loud, and be proud in everything they do. At my lowest points, Carrie was there. At my highest highs, Carrie was in my mind. And as I slip on my favorite pair of Levis and grab my Gucci bag next week, I will imagine Carrie Bradshaw walking right by my side.

Have you ever been inspired by a fictional character? Tell us @BritandCo!

(Photo via The CW)