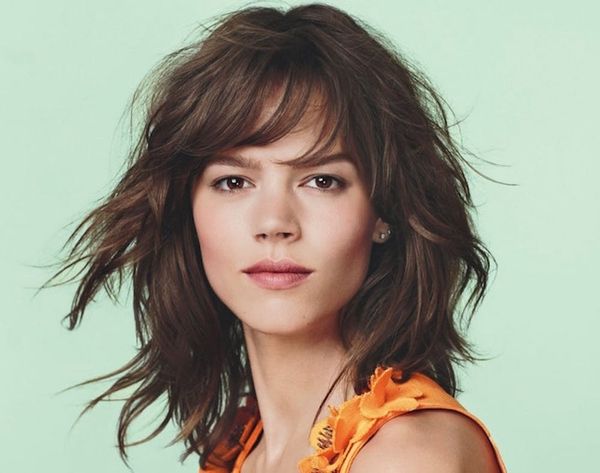 Stevie Nicks made it famous, but the shag has had more stamina through the decades than you might think. ’70s feathered disco, ’80s rocker, THE Rachel, modern boho glam — all of these iconic hairstyles are actually shags in disguise. Even the ubiquitous lob (long bob) looks even better after a good shag. Get ready for lots of layers, some bangin’ bangs and chop-chop inspiration, because we have a dozen of the coolest haircuts on the Internet.

1. Taylor’s Shag: Who says you can’t shag a baby bob? This hybrid ‘do is trend-happy. (via Refinery29)

2. Langley Locks: We can all agree that Langley Fox is kind of a fox, right? (via Byrdie)

3. Short Shag: This shag is short in length, but not in class. (via Vogue)

4. Kim’s Crop: K-Kardash has always been known for that long flowing mane of hers, but she should go shorter and shaggier more often. (via Popsugar)

5. Retro Shag: Oh, this photo shoot makes us want to supe up that time machine and head straight to the 1970s. (via C-Heads Magazine)

6. Side-Swept Shag: Lily Allen’s dark and shaggy medium-length cut with fringe (that’s what they call it where she’s from) is all kinds of rock and roll. (via Style Bistro)

7. Long Shag: A nice long shag. That’s what we need. (via The Beauty Department)

8. Freja’s Way: Model Freja Beha Erichsen is like the second coming of Francoise Hardy with the hair to match. Also, according to an interview with Vogue UK, she actually cuts her own hair, though she also admits that she begs her stylist to fix it later. (via Vogue)

9. Piece-y Shag: We’re not (pretty little) lying — this shorter shag hairstyle will turn some heads. (via The Right Hairstyles)

10. Supermodel Shag: You don’t have to be walking the runway to sport such a stylish crop. (via Celebrity Red Carpet Co)

11. Alexa Chung: Alexa Chung is our hair hero. She really knows how to rock what has become her signature shag. (via Studded Hearts)

Are you ready for that razor cut? Let us know in the comments.