Are You Getting Enough Sleep? Find Out Here 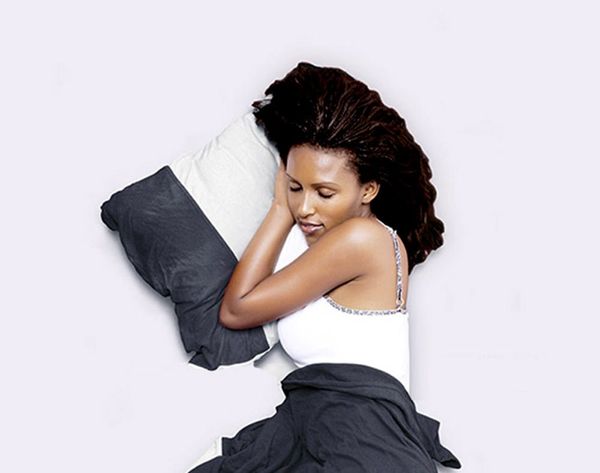 You may think getting eight hours of sleep every night is a luxury you’ll enjoy when you retire, but not getting enough sleep might be more harmful to your present self than you think. A new video by ASAP Science breaks down how much sleep is “enough” sleep and whether or not you can actually use those Saturdays to “catch up” on sleep.

Researchers have tested subjects, all getting different hours of sleep, to see how many Zzzzs a person actually requires. For 14 days they allowed different groups to sleep for four hours, six hours and the legendary eight hours of sleep.

At the end of the test, those who had only gotten six hours of sleep demonstrated the mental handicap of people with a 0.1% blood alcohol level. They were groggy, lazy and couldn’t focus on tasks. The four hour sleepers were even worse off and would randomly fall asleep while trying to cognitive tests.

Studies show that the body and brain can make a full recovery after a sleepless night with just a couple nights of good sleep. However, if you have a consistent schedule of poor sleeping habits, your recovery time is much, much slower and will require many more nights of quality sleep.

The research is inconclusive as to what years of sleep deprivation will do to your brain, but we can only speculate as to the damage and health issues it will start causing.

People with chronic sleep deprivation eventually start to feel “normal,” meaning they don’t realize how tired they really are and will cheerfully claim that they only need four hours of sleep a night. However, they’re likely suffering from delusions caused by their lack of sleep(!) or else they have a gene mutation(!), in which case they are probably fine… ish.

Any amount of sleep under seven to eight hours starts impairing your cognitive process and will begin to affect your health. People with chronic sleep deprivation often suffer more obesity, heart disease and diabetes than those who get seven plus hours of sleep a night. But don’t take this as a sign that you should go into hibernation. Because, get this, people who regularly sleep over nine hours a night suffer from the exact same diseases.

Obviously getting enough sleep is way easier said than done. Whether it’s kids, work schedules or you’re just naturally a night owl, that eight hour time slot can be an elusive thing. We’ve done some research and here are some natural ways to get more sleep, sheets that claim to put you to sleep and a variety of apps that claim to ease you in and out of your REM cycles. Sweet (eight hours of) dreams to you all.

How do you make sure you’re getting enough sleep? Let us know in the comments below!

Kate Thorn
Kate Thorn is an illustrator, foodie, photographer, and blogger at Create & Kate. She loves creating art, traveling, and all things chocolate. A native to the Great Northwest, she is currently living in London and pretending to be a mature grad student.
Posts that contain video
Health
Posts that contain video science Sleep
More From Health