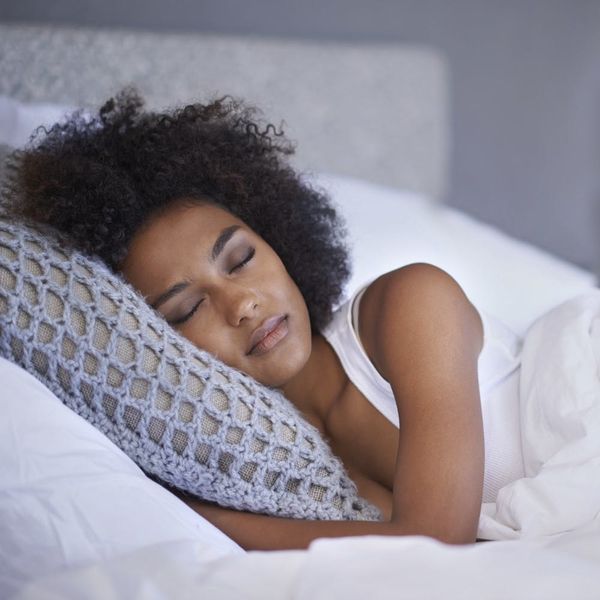 During college, it’s pretty common to sleep in until noon on the weekend after a tiring week of classes. As you get older, however, it’s a miracle if you’re still in bed at 7:30am on a Saturday. But if you can swing it, sleeping in on the weekends might be really good for you (time to DL a sleep app?). We already know how sleep can help you be more creative, but new research from the University of Chicago Medicine found that two consecutive nights of longer sleep seems to cancel out the negative effects of skimping on Zs during the week — at least when it comes to the risk of diabetes.

“The metabolic response to this extra sleep was very interesting and encouraging,” says senior author Esra Tasali, MD, associate professor of medicine at the University of Chicago. “It shows that young, healthy people who sporadically fail to get sufficient sleep during the workweek can reduce their diabetes risk if they catch up on sleep during the weekend.”

Of course, this was just a short-term study and was performed only on men, but the results are still pretty interesting. So does this mean you should stay up all night Monday through Friday and then sleep until noon on the weekends? Not really. There’s no evidence that excessive sleeping has health benefits compared with sleeping a normal amount of time, John W. Winkelman M.D., Ph.D., chief of the Sleep Disorders Clinical Research Program at Massachusetts General Hospital, points out in this Glamour article. What you should do is try to get into a routine sleep pattern so your body is used to sleeping and waking up around the same time each day.

But a little sleeping in when you’ve had a long week at work can’t hurt, right? So the next time you feel guilt about hitting snooze after a long workweek, remember it’s all in the name of your health.

Do you sleep in on the weekends? Let us know @BritandCo.

From Your Site Articles
Corie Hengst
Corie is a freelance writer, editor and self-proclaimed grammar nerd. Over the years, she has written and edited a variety of articles ranging from travel to finance to beauty. When she’s not writing, you can find her surfing travel websites, cooking and teaching at Gotham Writers’ Workshop in New York City.
Sleep
Issues
Sleep self care self-care Self Care sleep