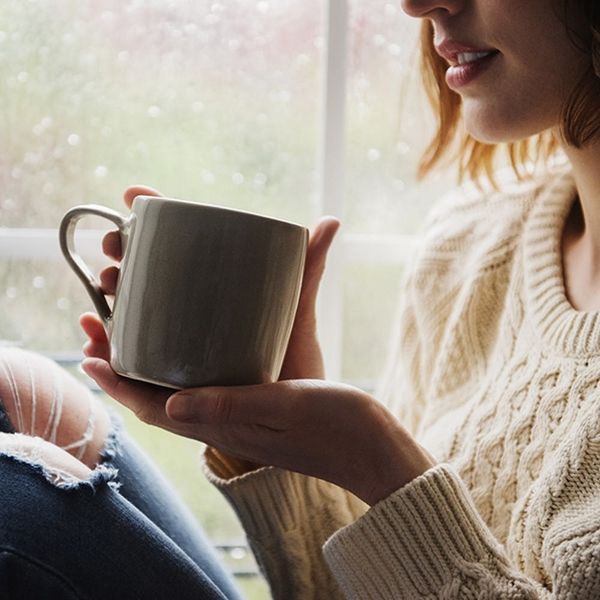 I don’t normally suffer from insomnia, but when the holidays roll around, all bets are off for a good night’s sleep. Throughout November and December, I toss and turn at night, fretting about the thousand things on my to-do list. Will I be able to make all the food I’m supposed to supply for parties and gatherings? Will it actually turn out appetizing? Will I get all the gifts purchased and wrapped? Will my mother-in-law like what I got her?

Sometimes during this season of hustle and bustle, I need something to help me rest easier. But since my insomnia isn’t chronic, and because I prefer to try a natural approach to health issues when possible, sleep-promoting teas have been a useful tool for me in the past. However, I’ve only ever tried one variety. And with all the teas on the market for sleep support (and there are many), I wondered if something besides my usual go-to could set me drifting off to dreamland even better.

This holiday season, I decided to try some other options to explore their palatability and — more importantly — their effectiveness for helping me fall and stay asleep. During a week with no out-of-the-ordinary stressors that might give me extra insomnia, I worked my way through four commonly available sleep teas. Here’s what happened.

Shortly before bed, I busted out the teddy-bear-adorned box and brewed a cup. As I sipped, I was struck by its surprisingly bitter taste. Having tried products with valerian in them before, I’m familiar with the telltale flavor of this herb, but in this tea, it overpowered any other taste. Still, I finished my whole mug and turned in to bed.

Unfortunately, even after the Sleepytime Extra, I still had trouble falling asleep. Once I did nod off, I didn’t experience any nighttime waking, but come morning, I felt unusually groggy and found getting out of bed extra tough. (No, it was not a Monday.) Apparently, this sluggishness is not uncommon after ingesting valerian. But since my goal is better sleep without side effects, Sleepytime Extra was not my fave.

2. Lipton Bedtime Bliss: After my first tea’s less-than-delicious taste, I hoped my next night would bring a more appealing flavor. In this respect, Lipton’s Bedtime Bliss did not disappoint. With a citrusy, minty zing, it tasted like a tea I might choose to drink any time, not just to combat insomnia. I had no trouble finishing it as I unwound with some sitcom reruns. The only question now was whether it would live up to its marketing catchphrase and send me to sleep “like a lullaby in a cup.”

I headed to bed to find out. Like Sleepytime Extra, Bedtime Bliss didn’t seem to help me sleep any faster than normal, but once sleep came, it lasted until morning — and this time without any valerian “hangover.” Final verdict: A tasty tea, and possibly helpful for keeping me asleep, but not powerful.

3. Yogi Soothing Caramel Bedtime: Time for tea number three. Though I adore a good caramel cookie or macchiato, I suspected a caramel flavor might taste unnaturally sweet in a bedtime tea. When I brewed a cup of Yogi Soothing Caramel Bedtime, though, I discovered that the caramel flavor was quite pleasing — sweet enough not to need honey or sugar, but not at all cloying.

With its impressive list of ingredients, including California poppy plant, l-theanine suntheanine, and a blend of other herbs, I wondered if this tea would be the one to get sugarplums dancing in my head. And finally, my dreams were realized! I could hardly keep my eyes open as I tried to read before bed, I slept soundly all night, and I woke feeling refreshed. It turns out that the California poppy is known for its sedative effects for both insomnia and anxiety — good to know!

4. Bigelow Benefits Sleep: Last on my list of sleep teas was Bigelow’s chamomile and lavender blend, named simply (and aptly) “Sleep.” A basic herbal blend, this one tasted to me like any standard soothing chamomile. Sipping it pre-bedtime, I definitely felt calm — but not necessarily sleepy. I got into bed and waited for sleep to come… and waited… and waited. To be honest, it was a rough night of the usual insomnia, with fitful waking and mostly surface-level, rather than deep, sleep.

Tellingly, Bigelow’s “Sleep” doesn’t provide a Supplement Facts panel on its packaging, leading me to believe that its benefits are less clinical-grade than some other teas. For my money, this one may have induced some relaxation, but not necessarily sleep.

While Yogi Soothing Caramel Bedtime gets my vote for the most effective (and tastiest) of the teas I tried, everyone responds a little differently to the ingredients in dietary supplements. This holiday season — or any time you experience acute insomnia — try some experimenting of your own to see if a sleep-promoting tea works for you.

Have you tried a tea to help you sleep? Tweet us at @BritandCo.

From Your Site Articles
Sarah Garone
Sarah Garone is a mom, wife, nutritionist, and freelance writer in Mesa, AZ. She loves music and travel, speaks fluent German, and does a lot of running (to counterbalance the surprising amount of cookies she eats for being a nutritionist). Find her sharing great recipes and helpful nutrition info at A Love Letter to Food.
Sleep
Health
Sleep
More From Health