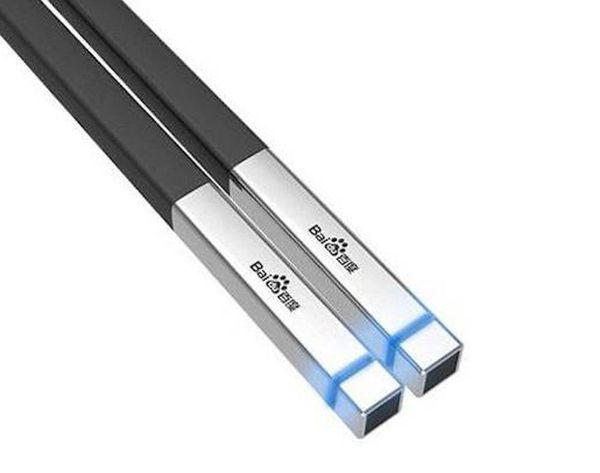 We’ve seen some crazy cool food innovations, but this one tops them all. Chinese search engine giant Baidu has created a set of smart chopsticks that can tell you if your food is safe before you consume it. The chopsticks, called Kuaisou, actually started out as an April Fool’s joke within the company. Now, Baidu CEO Robin Li is saying they’ll actually be produced.

The smart chopsticks will be able to detect unsanitary levels of contamination in the oil and water in your food, letting you know if it’s bad. Even better, they’ll also be able to inform you to how many calories are in the food. The product isn’t yet ready for mass production, making it impossible to determine a price tag. But if the smart sitcks end up being as awesome as they sound, it could open the door to a whole world of smart eating tools that we’re ready to set our tables with.

Baidu has often been compared to Google and has mimicked many of the products Google is known for in China, like driverless cars and smart glasses. We can only hope Google switches it up and follows Baidu in the smart utensil arena. We would be down for a knife and fork that fed us info for what was on our dinner plate. Especially if that could lead to healthier eating. We may not have thought of the smart chopsticks, but the US-of-A is home to the calorie-counting cup, portion-controlling plate and a fork that twirls your spaghetti for you.

The smart chopsticks could actually be a real necessity in China, which has been plagued with some pretty bad food publicity lately, including eggs tainted with paraffin wax and hotel food painted to look more attractive to tourists. The same could be said over here, and, food scandals aside, there’s definitely a market for calorie counting gadgets.

Would you use smart chopsticks to tell you stuff about your food you can’t see?

Hannah Schmitt
Hannah is the managing editor at MetroFamily Magazine in Oklahoma City but her favorite jobs are the ones done at home: loving on her husband and dog, sprucing up the house and entertaining family and friends.
Google
Tech
Google