This Bluetooth Baseball Cap Is Bound to Turn Heads 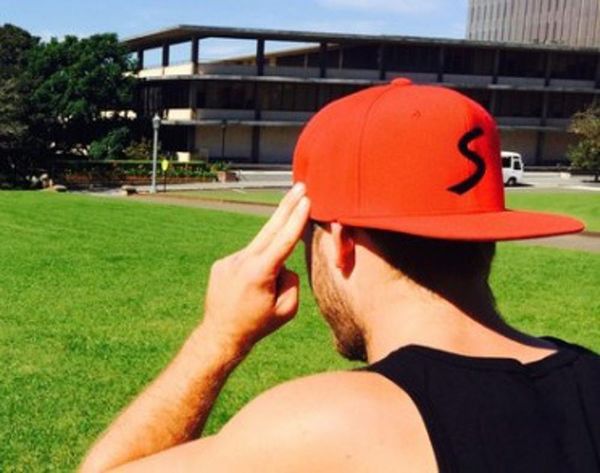 You know we are all about wearable tech over here. We’re totally obsessed with Tory Burch’s Fitbit collection and have already proclaimed our love for Ringly. That being said, there are some wearable tech products that do make us go, “hmm.”

One of those products is SnapTrax, a baseball cap with a hidden Bluetooth device and speaker system in its rim that works through voice command. The connected cap allows users to discreetly make and receive calls, reply to texts, search the web and shoot off emails while on-the-go.

Sure, it sounds pretty cool, but we couldn’t help but notice that the users in the video below have to press their fingers on their temples like a television psychic to activate the cap’s function. And, there’s the whole possibility of having radio waves so close to your head all day that has us scratching our own heads. The brand says they have kept this concern in mind and plans to source components that will eliminate most of the electronics related radiation issues at may arise. Uh, most?

SnapTrax currently comes in four different styles, so it may not work with everything… or anything… in your closet just yet, but here’s hoping the team expands color choices soon after they take care of that pesky radioactive wave business.

We may not be the only ones skeptical of donning a SnapTrax — the company was hosting a Kickstarter campaign to funds the first shipment of hats slated for an early 2015 release, but canceled it this week.

What do you think of SnapTrax? Are we taking wearable tech too far? Share your thoughts with us in the comments section.